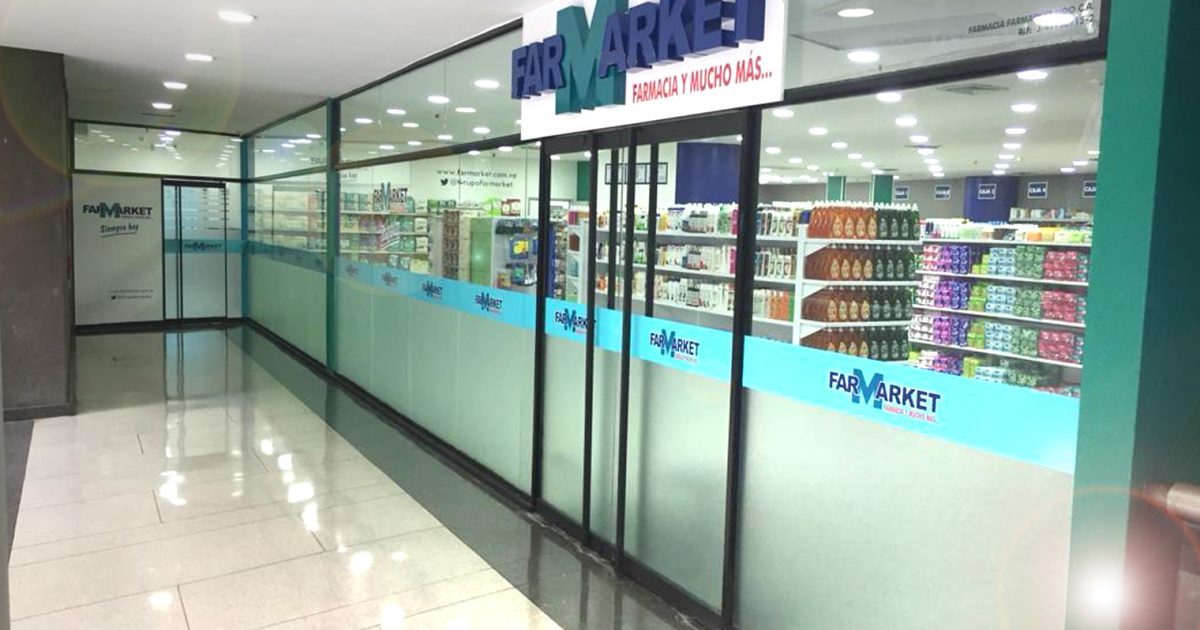 On August 26, a pharmacy chain in Venezuela called Farmarket revealed it now accepts cryptocurrencies through the payment provider Xpay, a subsidiary of Panda Group. Arley Lozano, Panda Group’s founder, explained how Farmarket’s pharmacy franchise has 22 stores located across the country and machines will allow people to purchase goods and medicine with cryptocurrencies like BCH, DASH, DAI, and BTC.

Also read: How to Create Non-Fungible Assets and Collectible Tokens With Bitcoin Cash

Over the last few months, Panda Group has been relentlessly pushing for cryptocurrency adoption throughout Colombia and Venezuela. In mid-July, the company deployed 10 hybrid cryptocurrency point-of-sale (PoS) machines that also work as automated teller machines (ATM). Four of the devices are situated near the border of Venezuela, so citizens from the region and those crossing the border can utilize a gateway to digital assets. Panda Group also installed the crypto PoS hybrid solution in Bogotá, at La Tortata sweet shop, the well-known burger shop Darwinos in Cúcuta Colombia, and the machines also appeared at the EXMA conference in Bogotá on May 27-28. This week Lozano and his team announced the partnership between Farmarket and Xpay, the solution that powers the PoS devices. The Xpay integration will start at stores located in Caracas and expand to the rest of the pharmacy’s 22 locations across Venezuela.

Xpay helps Farmarket accept digital currencies and lets the merchant choose what percentage of funds they wish to withdraw in crypto or its equivalent in local currency. The PoS processing is facilitated by the Colombian trading platform Panda Exchange. All of the partnerships Panda Group has made this year are part of an effort to continue making strides in Latin America. Farmarket customers stemming from Caracas and abroad will be able to pay for goods and medicine with digital assets like bitcoin cash (BCH). With the Venezuelan economy in disarray, family members travel great distances to buy medicine for areas with poor infrastructure. Panda Group has worked with organizations like Dash Core and Maker Dao (DAI) to push the effort. In March, Panda Group members also helped the ATM company Athena Bitcoin install a crypto ATM on the border of Colombia and Venezuela. The Colombian-based company is also collaborating with Cobru, Gracon, and Pagos Inteligentes. Additionally, Panda associates worked with Bitcoin.com during Bogotá’s EXMA event and Lozano told our newsdesk that Bitcoin.com’s executive chairman, Roger Ver, was one of the first to believe in the Xpay project.

“Panda Group appreciates the contribution of Roger Ver who is our friend, and we thank him and the Maker Dao (DAI) team for being the first to believe in Xpay.cash,” Lozano explained to news.Bitcoin.com.

To use the Xpay device at Farmarket, the customer chooses which cryptocurrency they want to use and a QR code is generated in relation to the transaction. After the customer confirms the transaction, the Xpay system detects it and the receipt is generated. When Panda Group first launched the device at La Tortata sweet shop, the company explained that the machine was a significant achievement for Panda’s operations but also for the Latin American region as a whole. Lozano told news.Bitcoin.com that the firm is always thinking about the needs that exist in the Latin American market. “We are very proud that our brothers and sisters who have begun to use our product Xpay.cash to overcome the adversities of the economy. We hope that those who do not know about the benefits of crypto learn to use it,” Lozano told news.Bitcoin.com on Monday. The Panda Group founder added:

Being from Colombia, Panda Group understands the economy of Venezuela and has seen the country fall into decline since 2010. At one time the country was the wealthiest nation in Latin America but the inflation rate is expected to reach 10,000,000% by the end of 2019. There’s been gross economic mismanagement under the Chavez and Maduro governments and deterioration of productivity alongside chronic shortages of food and medicine. Most of the country’s money derives from the petroleum sector and manufacturing, but only special interest groups and political leaders are reaping the benefits. Since the economic downfall, neighboring countries and leaders abroad have had little patience with Nicolás Maduro and the United Socialist Party of Venezuela. In mid-April, Donald Trump imposed harsh sanctions against Venezuela’s central bank and Maduro’s regime.

Thanks to organizations like Panda Group and Bitcoin.com, merchant acceptance in the region continues to grow. People can find many retailers accepting bitcoin cash (BCH) via the global merchant map Marco Coino. Moreover, the initiative Venezuela.bitcoin.com has been registering stores in places like Maracaibo and Caracas in order to help galvanize economic freedom in the country. Panda Group also has a merchant map available on the website showing all the Xpay machines located in Latin America.

“The location map shows us more than 20 locations in Venezuela that accept payments with cryptocurrencies through this platform, which can mostly be found in Caracas and Mérida,” explained the Xpay crew this week. “The intention of the team behind Xpay has been focused on getting this service to numerous stores and merchants for both Colombia and Venezuela, in order to provide a more friendly and familiar way to make and receive payments with cryptos, which in turn allow promoting its adoption in everyday life.”

At the same time as Panda Group partnered with the pharmacy chain Farmarket, another store called Xinestesia Bodegón has begun accepting BCH, DAI, BTC and DASH through Xpay as well. After revealing the partnership with the bodega, the Colombian crypto company Panda Group’s announcement concluded:

[Farmarket’s] network of businesses will be the first Venezuelan chain to adopt the payment processor and enter the environment of new financial technologies; In the same way, its integration into the set of merchants that accept cryptocurrencies through Xpay could take shape after a period of preparations.

What do you think about Panda Group’s Xpay devices and the company partnering with the Farmarket pharmacy chain? Let us know what you think about this subject in the comments section below.

Do you want to help spread economic freedom in Latin America and know of Venezuelan merchants interested in accepting bitcoin cash (BCH)? Check out Venezuela.bitcoin.com today and help us onboard some more retailers. Alternatively, you can also purchase Bitcoin Cash without visiting a cryptocurrency exchange. Buy BTC and BCH directly from our trusted seller and, if you need a Bitcoin wallet to securely store it, you can download one from us here as well. 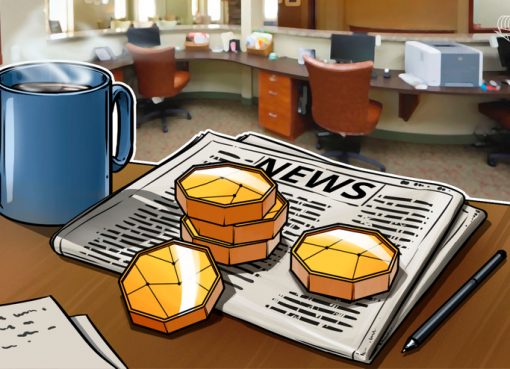 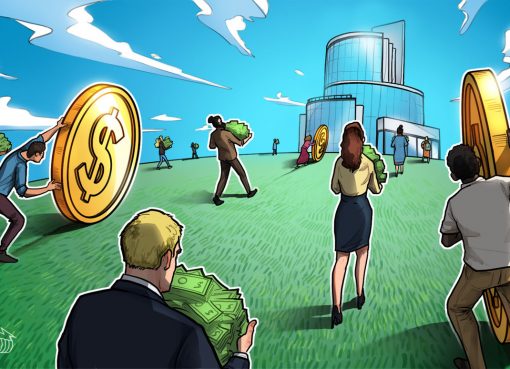 Analysts warn of ‘institutional exhaustion’ with Bitcoin price back below $32K 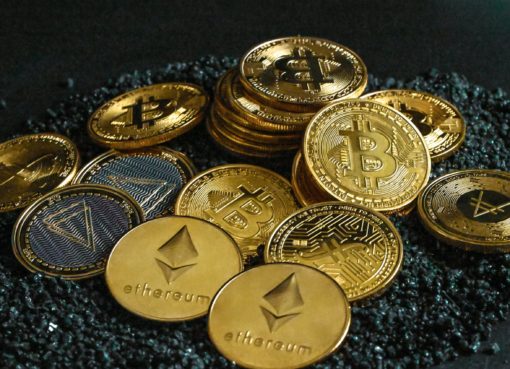 Altcoin Exchange Dominance Rises To 50%, What Does It Mean For Bitcoin?