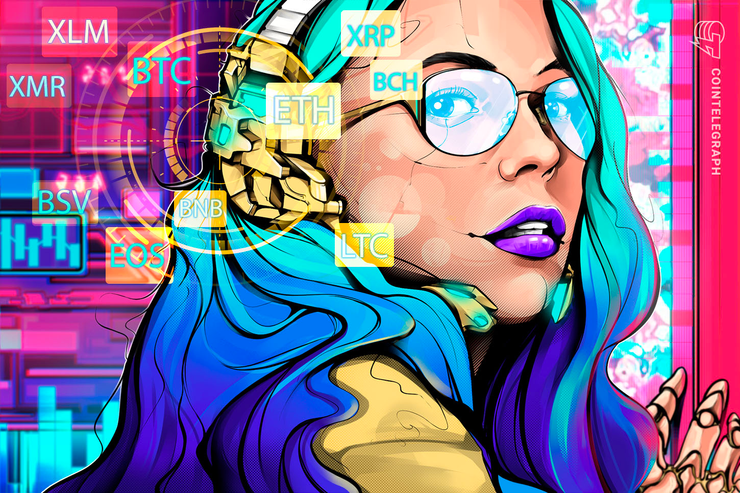 Will Apple’s interest in cryptocurrencies drive the next leg of the up-move? Let’s analyze the charts.

Jennifer Bailey, the vice president of Apple’s payments service, Apple Pay, said that the company was watching cryptocurrencies closely as they believe it has long-term potential. The company claims that Apple pay processes about one billion transactions every month. With such a wide reach, Apple’s move to crypto, similar to Facebook, will be a huge positive as it will attract a large number of retail and institutional investors alike.

It is not only large organizations that are taking the crypto plunge. The second largest economy in the world has also made it clear that it wants to launch its digital currency backed by its central bank. Mu Changchun — deputy director of the People’s Bank of China payments department — recently said that China’s digital currency will be similar to Facebook’s Libra and will be supported across major e-payments platforms in the nation.

The total market capitalization of the crypto universe has once again bounced sharply from close to $250 billion, led by Bitcoin (BTC, the dominance of which has reached above 71%. This is a positive sign because along with Bitcoin, a few altcoins are also showing signs of life. Let’s take a look at the charts.

Bitcoin looks ready to launch the next leg of the up-move. We like the way it has sustained above the moving averages for the past three days, which shows that bulls have continued their purchases at higher levels in anticipation of a rally. The 20-day EMA has started to slope up and RSI has jumped into positive territory, which shows a slight advantage to bulls.

If bulls can propel the BTC/USD pair above the downtrend line of the symmetrical triangle, it is likely to resume its uptrend. A breakout of the triangle has a pattern target of $15,376.96. Therefore, we retain the buy recommendation given in an earlier analysis. The rally might face stiff resistance at yearly highs of $13,973.5 but we expect it to be crossed.

Our bullish view will be invalidated if the price reverses direction from the downtrend line and breaks below the moving averages. Such a move is likely to keep the pair range-bound for a few more days. The cryptocurrency will turn negative on a breakdown of $9,080.

The bulls are attempting to form a bottom in Ether (ETH). If the price breaks out and sustains above 20-day EMA, it will be the first sign that the downtrend is over. The next resistance will be at $203.708. If bulls fail to push the price above this resistance, a few days of consolidation is probable.

On the other hand, a breakout of $203.708 can propel the price to $235.70, which is a critical resistance. Above this level, the ETH/USD pair might start a new uptrend. We will wait for the price to sustain above $183 before suggesting a long position.

Our bullish view will be negated if the pair turns down from 20-day EMA and dives below $163.755. If that happens, the downtrend will resume with the next stop being $150.

XRP is stuck between the 20-day EMA and $0.24508 for the past few days. A breakout of the 20-day EMA will signal a probable change in trend because bulls have not been able to sustain above it since June 27.

However, if the XRP/USD pair turns down from current levels or the 20-day EMA and plunges below the $0.24508–$0.225 support zone, it can correct to $0.19. The downsloping moving averages and RSI in the negative zone suggest that bears have the upper hand. We will wait for a reliable buy setup to form before proposing a trade in it.

Bitcoin Cash (BCH) has been trading close to the 20-day EMA for the past three days. This is a positive sign as it shows that bulls are not waiting for lower levels to buy. A breakout of the moving averages can carry the price to $360, which is an important level to watch because it proved to be a major roadblock on two previous occasions.

If the BCH/USD pair breaks out of $360, it is likely to rise to $515.35. However, if it turns down from $360, it will remain range-bound for a few days. Our bullish view will be invalidated if the pair turns down and plummets below the neckline of the head-and-shoulders pattern. Traders can buy 50% of the desired allocation on a breakout and close (UTC time) above the 50-day SMA with a stop loss of $270.

Litecoin (LTC) continues to be in a downtrend, but bulls are attempting to stem the decline. If the price rises above the 20-day EMA, it will be the first indication that buyers are back in the game. We anticipate a change in trend above the downtrend line.

However, we will recommend a long position on the LTC/USD pair only after we spot a new buy setup because the downsloping moving averages and RSI in negative zone suggest that bears still hold the advantage.

If the price turns down either from the 20-day EMA or from the downtrend line, bears will try to sink it to the next support of $58. A breakdown of this level can drag the price to $49.3305, which is the 78.6% Fibonacci retracement of the rally.

Binance Coin (BNB) is attempting a pullback, which is likely to face resistance at the 20-day EMA and above it at the 50-day SMA. If the price turns down from the 20-day EMA, bears will attempt to sink it to $18.30. This is an important level to watch out for because if this breaks down, the trend will turn negative.

Conversely, a break above the 20-day EMA can carry the BNB/USD pair to the 50-day SMA, which is an important resistance. The price has returned from the 50-day SMA on three previous occasions, hence, if this level is scaled, it will signal strength. We might suggest a long position on a breakout and close (UTC time) above the 50-day SMA. Until then, we remain neutral on the pair.

EOS has been trading close to $3.30 for the past few days. This shows that both bulls and bears are undecided about the next direction. This state of indecision is unlikely to continue for long. We should soon see a pickup in volatility.

A breakout of the 20-day EMA will be the first indication that buyers are coming back into action. Above the 20-day EMA, the EOS/USD pair can move up to $4.8719. Though there is minor resistance at the 50-day SMA, we expect it to be crossed.

On the other hand, a break below $3.06 will signal a resumption of the downtrend. The next level to watch on the downside is $2.76. If this level breaks down, the decline can extend to $2.20.

Bitcoin SV (BSV) has been trading in a tight range for the past few days. Both moving averages are flat and the RSI is just below the midpoint. This suggests a balance between buyers and sellers. The balance will tilt in favor of bears if the price dips below the immediate support of $120. The next critical support to watch on the downside is $107. A breakdown of this level will be a huge negative.

Conversely, if the BSV/USD pair breaks out of $150, it is likely to pick up momentum and rally to the next overhead resistance of $188.69. However, we do not find any reliable buy setups at current levels, hence, we are not suggesting a trade in it.

Both moving averages have flattened out and the RSI has risen to the midpoint. This points to a consolidation in the short term. The pullback might face resistance close to $90 but once the XMR/USD pair breaks out of the resistance line of the symmetrical triangle, it is likely to pick up momentum and rally to $120. We are positive and will recommend a long position after watching the price action for the next couple of days. Our bullish view will be invalidated if the pair turns down from the 50-day SMA and breaks down of the triangle once again.

Stellar (XLM) has broken down to new yearly lows, which shows that bulls do not find the price attractive enough to take a position in it. Such declines usually bottom out with a bout of panic-selling after the last bull throws in the towel.

There is a minor support at $0.058325, below which the XLM/USD pair can drop to the next support of $0.05. Every pullback has stalled at the 20-day EMA since June 27. Hence, a breakout of the 20-day EMA will be the first sign that a trend change is likely. Buying should be avoided until a bottom is formed. We will wait for a trend reversal pattern to form before proposing a trade in it. 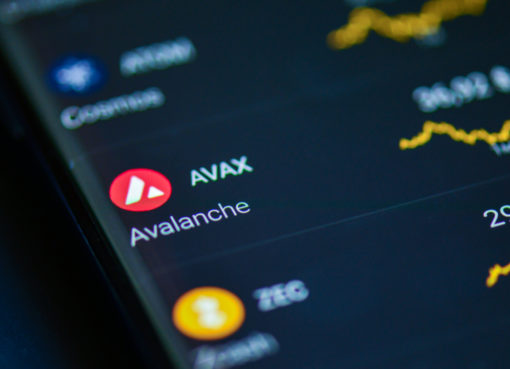 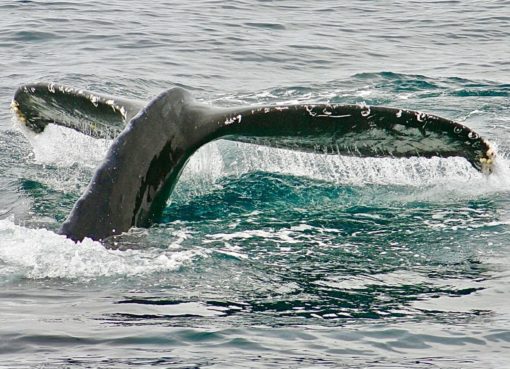 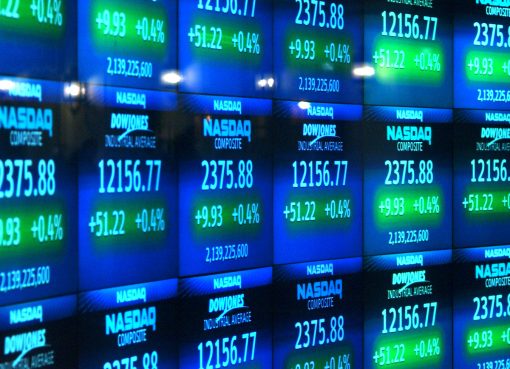 Diginex Going Public Is About More Than a Nasdaq Ticker Symbol