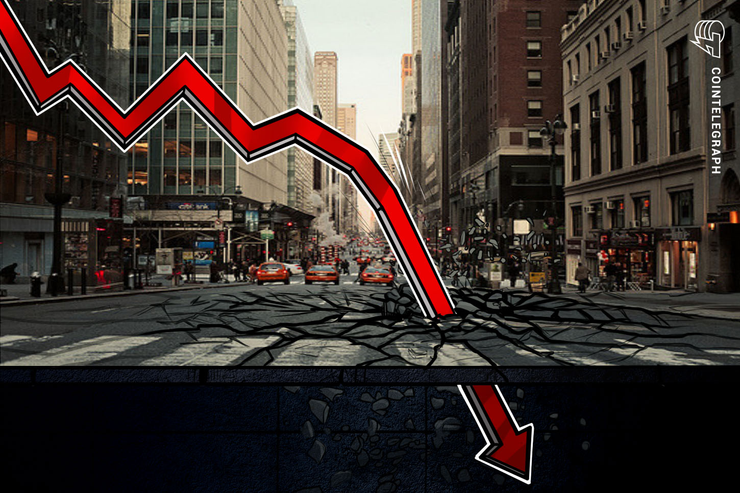 Friday, Sept. 6 — The Bitcoin (BTC) price is holding around the $10,400 price mark after the largest cryptocurrency got rejected in its attempt to break $11,000. 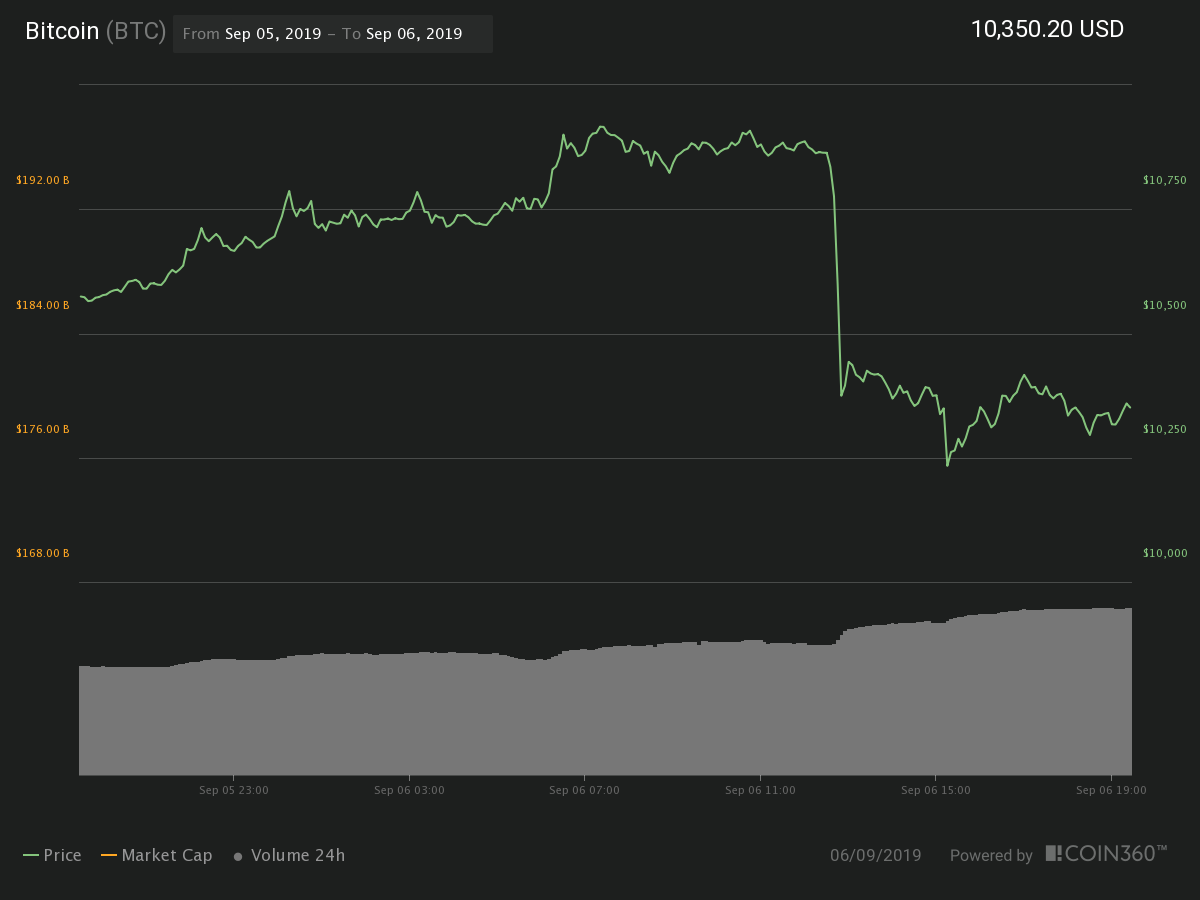 The upward momentum seen in the 12% seven-day gains excited analysts, however, bullish  sentiments could be short-lived now that Bitcoin has yet again failed to break the $11,000 mark.

CryptoX reported earlier that Filb Filb, a popular Bitcoin trader, had pointed to the launch of institutional trading platform Bakkt later in September as a deciding moment for Bitcoin. “Bitcoin continues to consolidate above $10k,” he stated, adding:

“A lot of people are hoping to get bids filled below $9k; the market rarely gets what it wants and I wouldn’t be surprised if they are forced to buy higher. But let’s see what happens with the launch of Bakkt.”

The number one altcoin Ether (ETH) is also taking a sharp nosedive and is currently trading at $169 per coin, down 2.44% on the day. 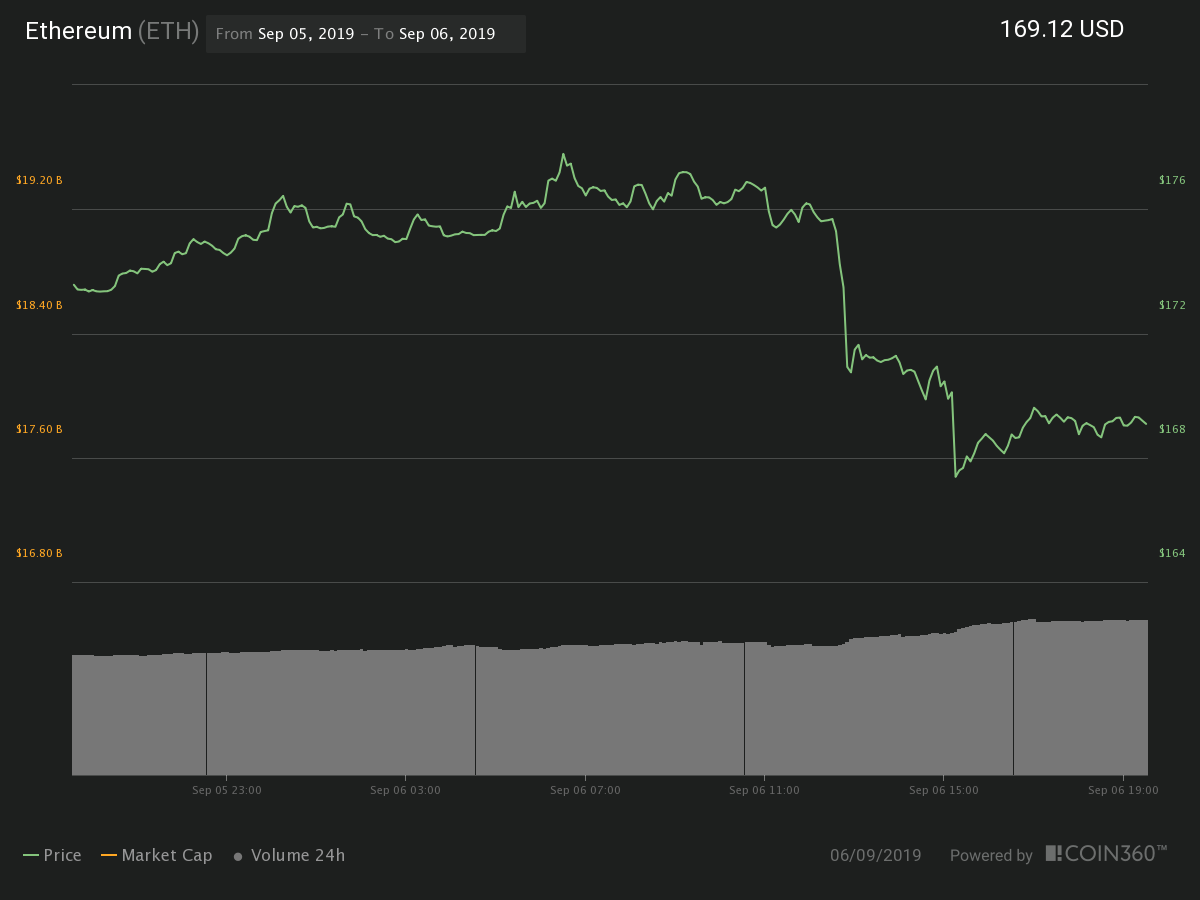 Ripple’s XRP token, which has been trading completely flat for the better part of the week, is in the midst of a downward price trend showing a loss of around 1.97% on the day. At press time, the world’s third-most popular coin is trading at $0.25. 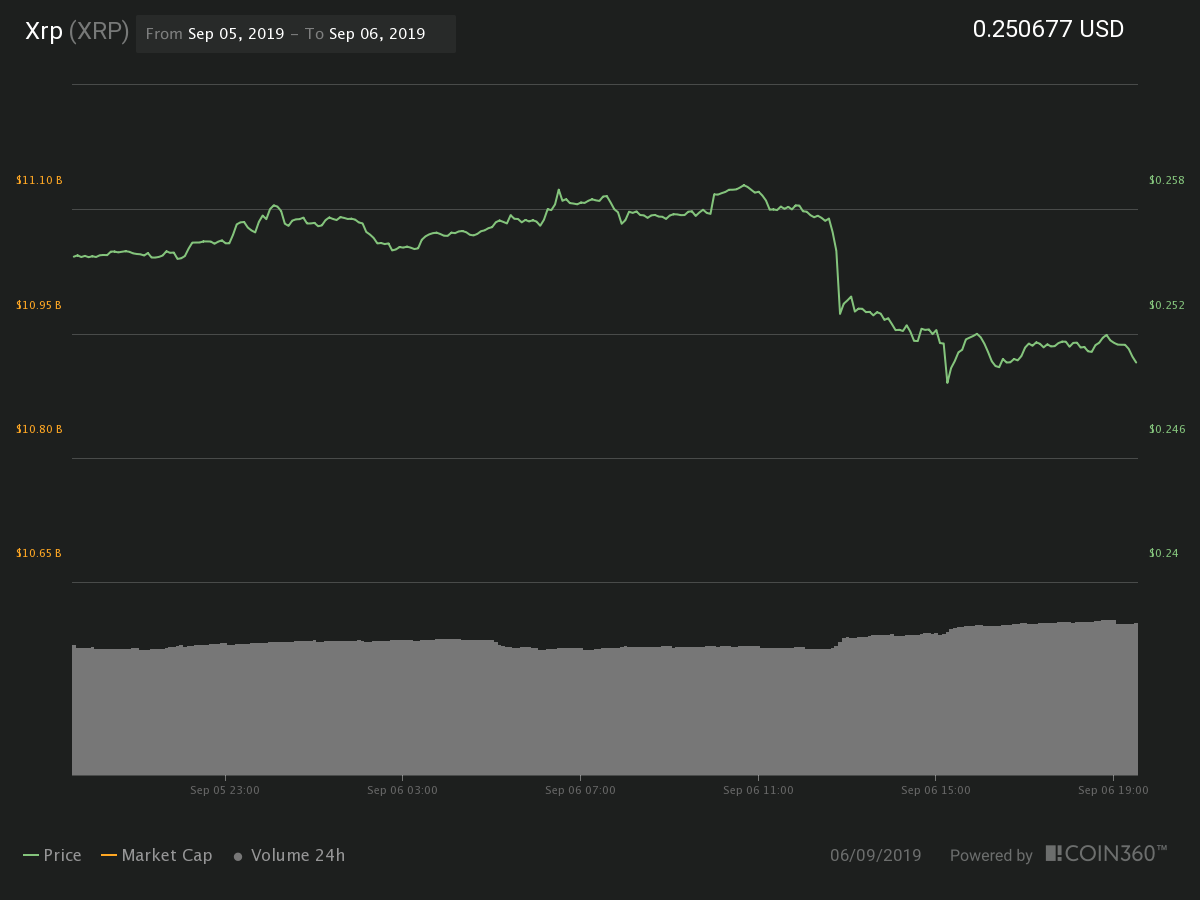 Mostly losers among the top-20 coins

On Sept. 1, well-known crypto analyst Josh Rager took a shot at Tron founder Justin Sun and accused him of buying 5,000 to 6,000 Twitter followers a day.

Only three out of top-20 coins by market cap are seeing minor gains at press time, with Bitcoin SV (BSV) showing negligible gains of 0.22% on the day.

The overall crypto market capitalization is $262 billion as of press time, with Bitcoin’s share accounting for 70.9% of the total. 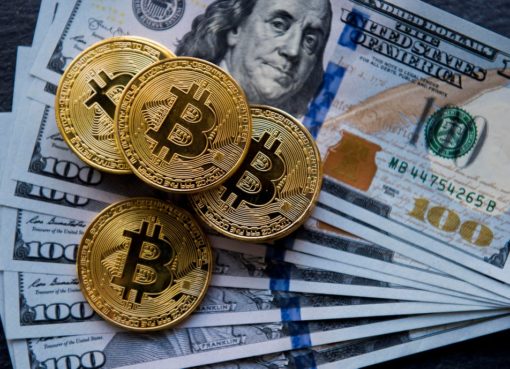 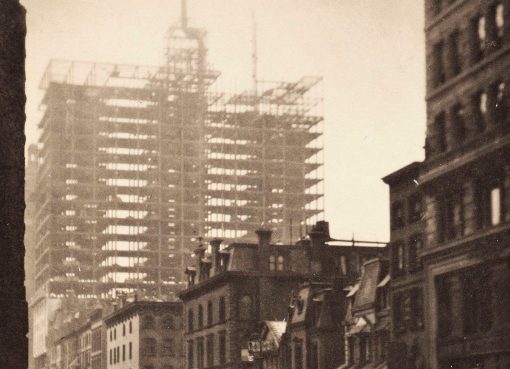