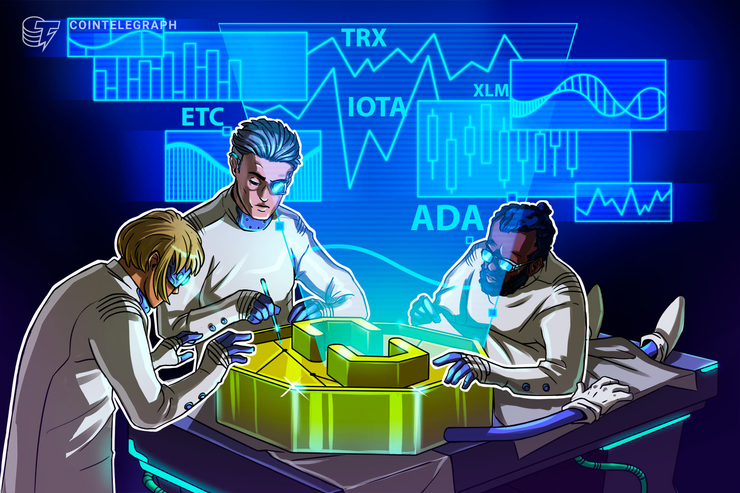 Some of the top performers of the past seven days are showing signs of a turnaround. Is it a good time to buy? Let’s look at the charts.

Facebook’s Libra continues to face resistance as central banks, regulators and governments have not been supportive of the project. Due to this, a few early backers of Libra are considering withdrawing from the project to avoid unwanted scrutiny of their existing businesses.

Bank of England Governor Mark Carney has said that a digital currency similar to Libra could replace the United States dollar as the reserve currency of the world, albeit through a network of central bank digital currencies, rather than a consortium of private companies — as is the case with Libra.

We do not find any sustained trend in most major cryptocurrencies, therefore, investors should reduce their position size until the uptrend resumes. Though short-term trades can be taken, long-term investors will have to be patient with their purchases. Can we spot any buying opportunities in the top five performers of the past week? Let’s find out.

Ethereum Classic (ETC) was the best performer of the past seven days by a huge margin. A bulk of its rally can be attributed to the forthcoming Atlantis hard fork, scheduled for next month, which aims to address security concerns of the community. ETC Labs announced that London-based token investment group North Block Capital has joined its Studio program. Both entities will work together to create comprehensive token sale initiatives for North Block Capital investments, clients and partners. The companies will also endeavor to expand to Asian markets. After the sharp rally, can the momentum continue or will profit-booking drag prices down? Let’s analyze its chart.

After trading in a small range for the past five weeks, the ETC/USD pair made a decisive move this week. It has broken out of both moving averages, which is a positive sign. If bulls can sustain the momentum, a rally to $10 is probable. $10 is likely to act as a stiff resistance because the price had turned down from it on two previous occasions. A breakout of this resistance will start a new uptrend that can carry the price to $15 and above it to $20.

Conversely, if the pair turns down from $10, it might extend its stay inside the wide range. The longer the consolidation, the stronger and more reliable will be the eventual breakout from it. Traders can buy on dips to $6.50 next week and keep a stop loss of $5. If the support at $5 breaks down, the pair can drop to the bottom of the range at $3.40.

MIOTA (IOTA) was the second-best performer of the past seven days. EDAG announced that it will showcase its EDAG CityBot multifunctional robotic vehicle, which uses IOTA’s machine-to-machine payments. A new parking app developed by trive.me also utilizes IOTA’s Tangle. Is this a good time to buy?

The IOTA/USD pair is trading inside a wide range of $0.244553 and $0.541. One of the reliable strategies to trade a range-bound market is to buy on a rebound from support and sell closer to resistance. The bears attempted to break below $0.244553 last week, but did not find sellers at lower levels. This week, the sharp bounce suggests that buyers are keen to defend the support. Therefore, traders can buy above $0.28 and keep a stop loss of $0.20. The first target objective is $0.38 and above it $0.541.

If bulls fail to build on the bounce, bears will make another attempt to break below the yearly low of $0.207622. It this support cracks, the next target on the downside is $0.14.

Cardano (ADA) is attempting to make its way back into the top-10 cryptocurrencies by market capitalization. Has it turned positive? Let’s analyze its chart.

After failing to scale above the overhead resistance zone of $0.10–$0.11151 in late June, the ADA/USD pair has corrected close to the support at $0.035778. If this support breaks down, a retest of the yearly low at $0.0282710 is possible. With the price trading below both moving averages, the advantage is with he bears.

Our bullish view will be negated if the price turns down from the moving averages and plunges below the yearly low.

The number of Tron (TRX) DApps has continued to rise, reaching 561, according to DAppReview. Both transaction time and transaction volume also increased by 30% over the previous week. Is the cryptocurrency ready for a reversal? Let’s find out.

The failure of bulls to propel the TRX/USD pair above the overhead resistance of $0.04 in late June attracted sharp selling. Though the price has broken below the strong support at $0.01774, the bears have not been able to capitalize on the breakdown. This shows a lack of sellers at lower levels. The pair is currently finding support near $0.016. However, as long as the price remains below the downtrend line, there is a risk of a fall to the yearly low at $0.01124.

Conversely, a breakout and close (UTC time) above the downtrend line on a weekly basis will be the first signal that buyers are back in action. The recovery will face resistance at the moving averages and above it at $0.03. As the rebound from the support is weak, we suggest traders wait for the price to break out and sustain above the downtrend line before attempting long positions.

Stellar (XLM) rounded up the top five with a flat performance in the past seven days. Can it build on its gains or will it decline again? Let’s analyze its chart.

The XLM/USD pair has been making new yearly lows in the past two weeks. This shows that the trend is down. Both moving averages are sloping down and the RSI is in the negative zone, which suggests that bears have the upper hand. However, the downtrend has not picked up momentum after breaking down of the strong support at $0.072545. This shows that investors do not want to part with their holdings at these levels.

Nevertheless, the absence of a strong bounce indicates a lack of urgency among bulls to buy at the current levels. Though there might be a short-term bounce, investors should avoid it. We will wait for the price to sustain above $0.072545 for more than a week before proposing a trade in it. 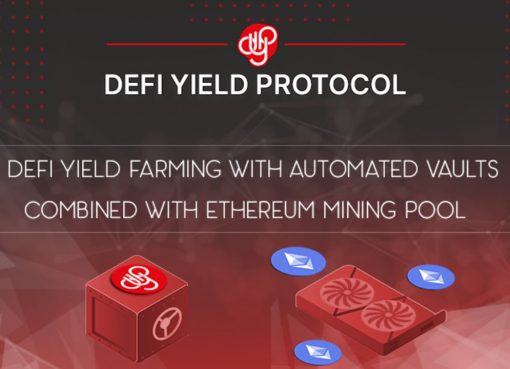 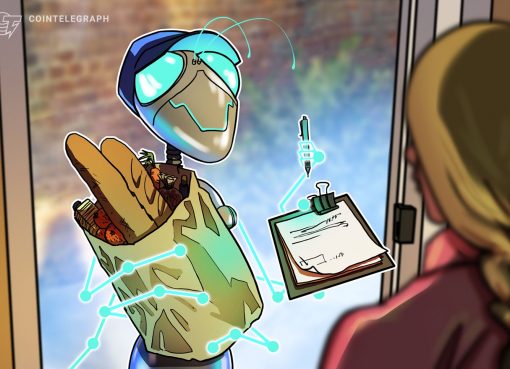 Telos to Use Blockchain for Food Assistance Platform