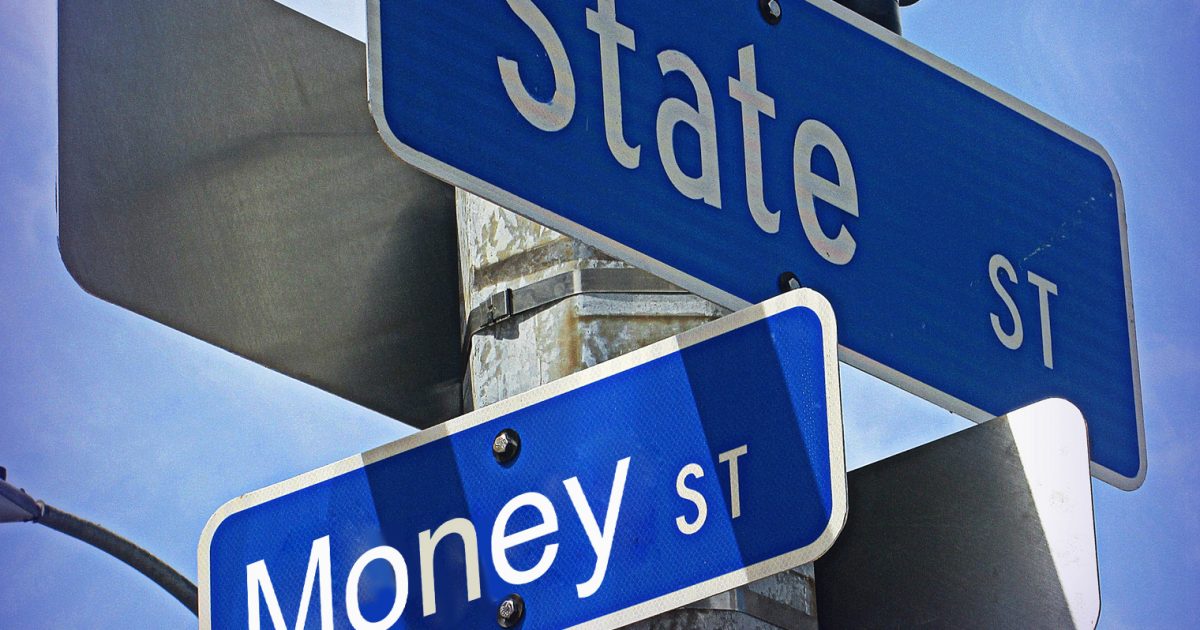 Many cryptocurrency supporters believe the technology allows for the separation of money and state in a manner that’s never been seen before. Governments inflict two forms of robbery against nonviolent citizens by forcing them to pay taxes while also stealing from them silently through inflation. Now there’s a wide array of digital currencies competing in different ways to help remove the parasitic behavior perpetrated by the oligarchy.

The Monetary System Designed by Oligarchs Penalizes the People

Most everyone lives under government rule and they are compelled to pay taxes and use the legal tender by order of their rulers. In most countries, everyone who has a job must contribute a portion of their earnings to the government. For instance, a portion of payroll taxes in the U.S. goes toward safety net concepts like Medicare and Social Security. 70% of an American’s income tax goes toward national defense, health care security programs, interest on the national debt, education, energy, and agriculture. A quarter of the funds go directly to the military and the average American family paid $12,000 in income tax in 2018. There are roughly 80 million households which means the U.S. government pulls in close to a trillion dollars annually from income taxes alone. That’s not counting state-funded lottery, road tolls, sales tax, capital gains, building taxes, business tariffs, property levies, and more.

Despite the fact that most of the safety nets and health care systems are in shambles, roads are filled with potholes, bridges are failing, and the education system is failing, the only thing that continues to grow is the U.S. is the military. Oddly enough, people still believe these fools know what they are doing. Not only has the national defense budget grown absurd in America, but the evolution of for-profit-prisons and the expansion of the police state has amplified significantly. Since 1776 the U.S. has been at war 226 out of 243 years or 93% of the country’s lifetime and American citizens have paid for every last minute. Governments have also created a monetary system meant to enrich the representatives and their close friends. Meanwhile, the money system is manipulated and inflated so badly year after year, the nation’s citizens are forced to accept more taxes. The fraudulent monetary system pressures them into believing they need more benefits.

There are many countries with different rules of law, taxation, and methods of managing the fiat currency governments produce and most of them are very similar. Meaning when someone says “If you don’t like it here, why don’t you just leave?” that really only gives them the choice to be ruled under another oppressive system. So if leaving isn’t so easy, there must be a way to circumvent the system where governments have control of our money but we must pay off their debts. The U.S. was founded by principles against taxation but the biggest foundation was the separation of church and state. For centuries humans have been forced to participate in the monetary system controlled by politicians and the world’s elite. But in 2009, the year the Bitcoin network went online, the monetary game changed and people now have the tools in cryptocurrency to disregard the rule of central money management.

In the summer of 2015, Shapeshift CEO Erik Voorhees explained how we all learned 100 years ago about the separation of church and state. Voorhees detailed that at the time humans realized the practice was immoral and he believes that with the state currently having control over money the system today is just as rotten to the core. “[The state] could tell you what to worship and how, when and why — Somehow, society realized perhaps that was unethical – that we shouldn’t permit control of something so personal and important to your life to be controlled by the state,” Voorhees told a crowd in Dallas that year. The Shapeshift executive added:

Money is absolutely as fundamental to our lives as religion, and for many people, it is far more fundamental to their lives as religion. It affects how your life unfolds. The choices that you make about money dictate the ramifications of your life and those around you. And so, to have an institution like money so controlled by a central entity — by a monopoly — is absurd. It is immoral. We should get rid of it.”

Bitcoin and a slew of other cryptocurrencies offer people a monetary system where there is no intermediary to trust, no middleman, and no state or corporate entity stopping you from transacting on a decentralized network. Instead of using fiat money which is predicated by force and violence, individuals and organizations can voluntarily choose to use a system that is transparent, permissionless, censorship-resistant, reliable, fast and empowering. Bitcoin maximalists will tell you that BTC is simply the only way to bypass the state’s manipulated monetary system, but right now there’s a wide variety of digital assets that can help achieve that.

Alternative means of circumventing the state like using precious metals can be difficult because the government has deep hands in these markets. Cryptocurrencies offer a high rate of portability and a way to hide money from agents trying to steal someone’s hard-earned wealth. With a cryptocurrency like bitcoin cash (BCH) for example, it’s possible to send funds across any border permissionlessly. An individual cannot hide a million dollars’ worth of gold, but can easily hide a small piece of steel with mnemonic phrase words etched into it and take things even further by memorizing the seed phrase. Agents cannot steal from your brain.

Like Many Ideas Before It, There’s Still a Chance That Bitcoin Could Fall Short of a Revolution

Cryptocurrencies are clearly tools that can be used to circumvent the state and these digital instruments could bring forth a new era of free markets. Despite the crypto enthusiasts who embrace the state daily and are literally begging for the institutionalization of Bitcoin, there are still thousands of individuals who participate in the crypto industry to promote the separation of money and state indefinitely. These people believe cryptocurrencies can empower the general population and not a group of oligarchs sitting on the hill. Libertarians and agorist philosophers who love cryptocurrencies don’t care about Bitcoin ETFs, Bakkt, and acceptance from congressional leaders. They care about separating the monetary system from the violent monopoly that steals from society every single day. In the summer of 2015, the founder of Defense Distributed, Cody Wilson, highlighted why cryptocurrencies like bitcoin could fall short of a revolution and fall victim to the same system we have today.

“Without a big expression of intentionality to what is considered not the polite things to do with Bitcoin — specifically money laundering, specifically private access to your coin, holding your own keys — without projects that express these principles, you have nothing of what you want with a revolution,” Wilson emphasized. “This leaves me to proclaim that most people involved with Bitcoin were not serious about that in the first place.” Today ManyCryptocurrencies Offer a Road That Leads to Greater Freedom

There are now multiple avenues available for cryptocurrency users to circumvent the state’s control over money. Despite all the arguments and infighting within the cryptocurrency community, these roads toward freedom of choice are still wide open. If you find the idea of separation of money and state appealing but are relatively new to cryptocurrencies, it is well worth taking the time to read more into the subject to learn how you can wield these tools against the nation state for your advantage. If you’d like to participate in the counter-economy, you can also purchase digital currencies from trusted platforms as well as in-person using noncustodial, peer-to-peer marketplaces.

What do you think about how cryptocurrencies have opened the path toward separating money from the state? Let us know what you think about this subject in the comments section below.

OP-ed Disclaimer: This is an Op-ed article. The opinions expressed in this article are the author’s own. Bitcoin.com is not responsible for or liable for any content, accuracy or quality within the Op-ed article. Readers should do their own due diligence before taking any actions related to the content. Bitcoin.com is not responsible, directly or indirectly, for any damage or loss caused or alleged to be caused by or in connection with the use of or reliance on any information in this Op-ed article. 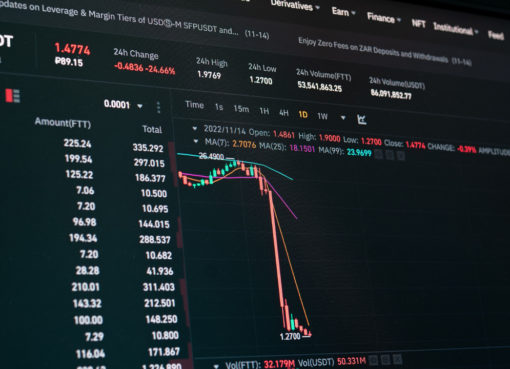 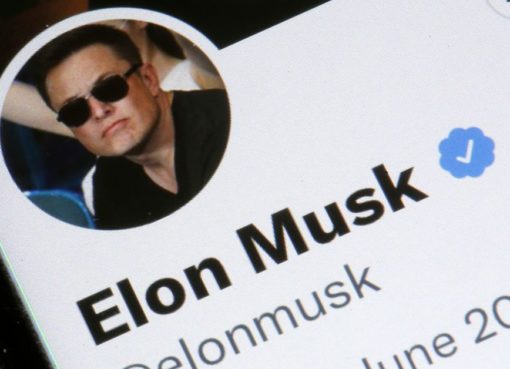 Elon Musk Is Buying Twitter (Maybe). Will He Destroy It? 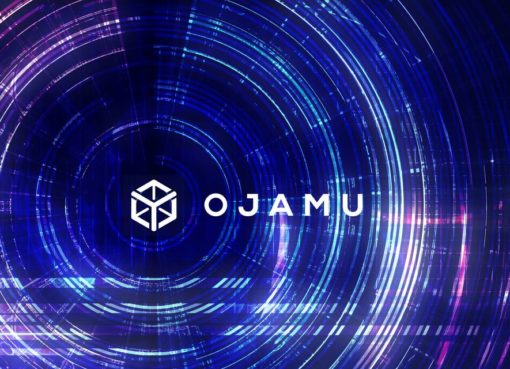