Skip to content
Home > Analysis > PrimeXBT Research: Where to Invest Safely in 2019 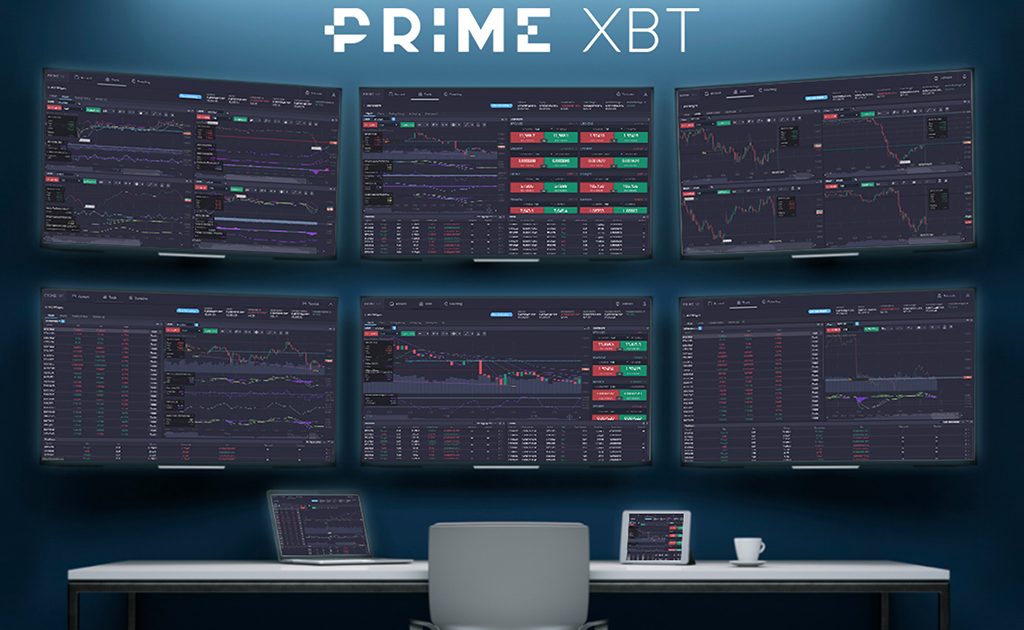 In July 2019, the United States Fed cut rates by 25 basis points, causing a massive sell-off across most assets and further fueling global economic concerns surrounding a growing trade war between the United States and China. The constant back-and-forth flip-flopping between the two country’s leaders is creating much uncertainty and fear in global markets, and investors are already feeling the burn.

With so much chaos in markets, where is the best place to invest in 2019 safely? The answer will surprise many, but upon digging deeper it will become obvious. The answer is hard-coded into the Bitcoin protocol, a relatively new digital financial asset that could revolutionize money as it is currently known.

As an asset, Bitcoin has outperformed all others. It’s a store of value, and a transfer of wealth, yet it is also so much more than that. Bitcoin has also begun to be viewed as a safe haven asset, much like gold, in the face of the economic uncertainty, making it an even safer investment than most would assume, especially during a time of crisis.

Learn more about why Bitcoin is the safest investment of 2019 and beyond.

What is Bitcoin? And Why Is It a Safe Investment?

Bitcoin is a decentralized, peer-to-peer digital cash system designed by Satoshi Nakamoto during the 2008 financial crisis, as a means to prevent future financial disasters and remove the control banks and governments have over fiat currencies, and put ownership and control back into the hands of the owner of the asset – a concept that has disappeared as civilization advanced.

Unlike most fiat currencies, which can be printed at the whim of governments and can be used to control and influence markets – as was just witnessed when United States Federal Reserve Chair Jerome Powell cut rates this week – Bitcoin is hard-capped at 21 million BTC, and no further Bitcoin can ever be created.

This gives Bitcoin a deflationary quality that most other asset classes simply cannot replicate. Its use as a store of value and means of transfer gives it currency-like qualities, but as an emerging technology, it has performed similarly to stock in terms of returns.

In fact, Bitcoin has outperformed the stock market significantly in 2019. It has thus far been the best performing asset of 2019, by a large margin. And with global economic distress hanging over everyone’s heads like as storm cloud, Bitcoin’s use as an economic hedge has started to become visible to investors and institutions alike who have started buying up Bitcoin alongside gold – another economic hedge asset.

However, Bitcoin has also greatly outperformed gold and is pitched as the digital version of the precious metal, giving it additional value and attributes that are attractive for investors.

Bitcoin Stacked Up Against the Stock Market

Despite a rocky start to the year, the stock market has been surging once again, until this past week when the Fed rate cut sent markets in a tailspin. The S&P500 reached an all-time high recently, and the Dow Jones Industrial Average saw a strong first-half of 2019 close. It’s been called the best first-half for the stock market since the dot com bubble era.

But following the rate cut, these popular stock indices began dropping, and are overbought from years of market growth. Even with stock markets growing during the first half of the year, Bitcoin has crushed it in performance.

At the same time as stock markets brought nearly 20% returns, Bitcoin brought investors who bought its $3,200 bottom over 300% gains.

Emerging markets are developing countries on the verge of becoming thriving markets. But because their infrastructure is still developing and based on so many external global economic factors, investing in emerging markets is among the riskiest – but can be the most rewarding as well.

With all global markets in turmoil, even those in the United States and other “superpowers,” emerging markets could be in critical danger.

Bitcoin and its use as an economic hedge make it the perfect diversification asset in an emerging market-heavy portfolio. Many of these developing countries also lean heavily on new-age currencies like Bitcoin due to their own infrastructure lacking speed and efficiency.

Banks are in trouble. Ever since the major bank bailout in 2008 – the event that sparked Bitcoin’s creation – banks have been in danger of disappearing. Their business model is dated, rooted in control and debt, and are at risk of being beaten by Bitcoin and other emerging technologies.

Bank stocks are suffering, and many banks, such as Deutsche Bank, have begun to spiral out of control. Payment companies like Venmo, PayPal, or Square have begun to dominate traditional banking and shows that humanity aims to move to an all-digital world.

Bitcoin serves that purpose better than Venmo or PayPal, and even Square has started offering Bitcoin as payments to ensure it is ahead of the technology curve and isn’t left behind like banks have.

Thanks to Bitcoin, someday there may not be a need for banks at all, and they are slowly dying as a result.

One of the few assets to give Bitcoin a challenge in 2019, is gold. While the precious metal has not come close to Bitcoin’s 300% returns, many believe that gold’s bull run is only beginning, much as Bitcoin’s bull run is.

The two assets both have properties and attributes, such as scarcity, that make them a great choice as an economic hedge during economic uncertainty as has been seen with the federal rate cut. Following the rate cut, gold drops, while Bitcoin has surged once again – showing signs that Bitcoin will, in the end, beat out gold.

Bitcoin: Investing in the Future of Money

All investing has risks, but ensuring that risk is well-managed can mean the difference between a winning portfolio and a losing one. These other asset classes mentioned here – the stock market, gold, and more – all have longevity over Bitcoin that cannot be ignored. But these assets are also archaic by comparison, are vastly overbought, and are not designed for the digital age.

Bitcoin as a revolutionary technology is only beginning, and this could mean although it has already provided early investors with more gains than any other asset to ever exist, it could only be at the beginning of its journey to becoming the single global currency across the world. Should this happen, Bitcoin’s market cap would be in the trillions and each BTC would be worth upwards of $100,000 each to millions.

When examining the risk-to-reward ratio, a practice the best investors and traders regularly use, there is no better choice and no safer investment than Bitcoin. In a portfolio that’s diversified across these other asset types, Bitcoin can become a valuable hedge. As a sole investment, Bitcoin could pay off better than any other.

The only thing that’s left, is to get started with Bitcoin. You have two options, buy Bitcoin and hold onto the asset for the long-term, or there is an alternative that allows investors to speed up asset growth: by taking a long position on Bitcoin using leverage. With leverage, even the smallest initial deposit becomes a large amount of capital for trading, creating the opportunity for a substantial profit and providing a shortcut to wealth.

PrimeXBT offers the best, and easiest way to gain exposure to Bitcoin and maximize its returns with 100x leverage. PrimeXBT also recently reduced overnight financing fees on Bitcoin and other crypto assets, making taking a 100x long position in Bitcoin that much more lucrative.

Investors that don’t already have Bitcoin to use for leverage, PrimeXBT offers users the ability to buy Bitcoin through Changelly, which can then be used to open a 100x long position on Bitcoin. As an example of how profitable this strategy can be, a 100x long from Bitcoin’s bottom at $3,000 closed at $12,000 would have resulted in a $900,000 profit, instead of the only $9,000 spot buying would provide. Any risks related to trading on leverage can be mitigated using PrimeXBT’s advanced order types.

Registration is free, and getting started is easy. Sign up today, and invest in Bitcoin on one of the safest, and most secure trading platforms in the market, with the most advanced trading tools, and the largest variety of assets – traditional and digital. 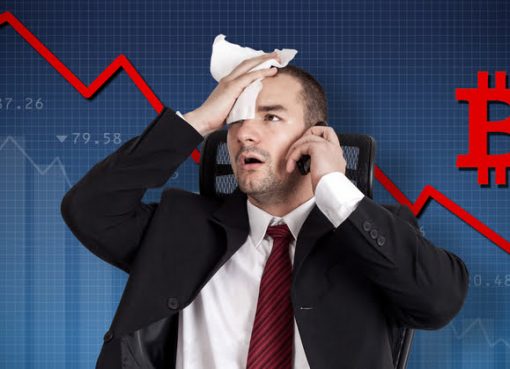 Dogeliens: A Meme Token That Plans to Take Over The Metaverse Like The Sandbox and Chiliz 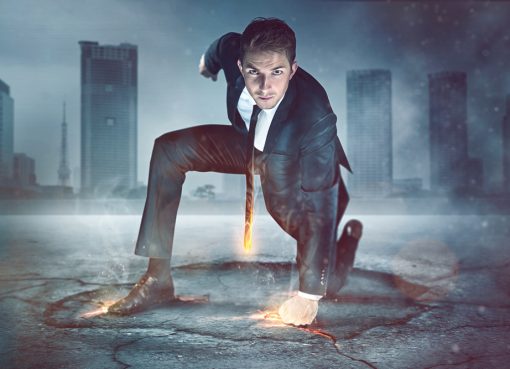 Bitcoin Could Rally Above $11,500 As Double Bottom Pattern Emerges