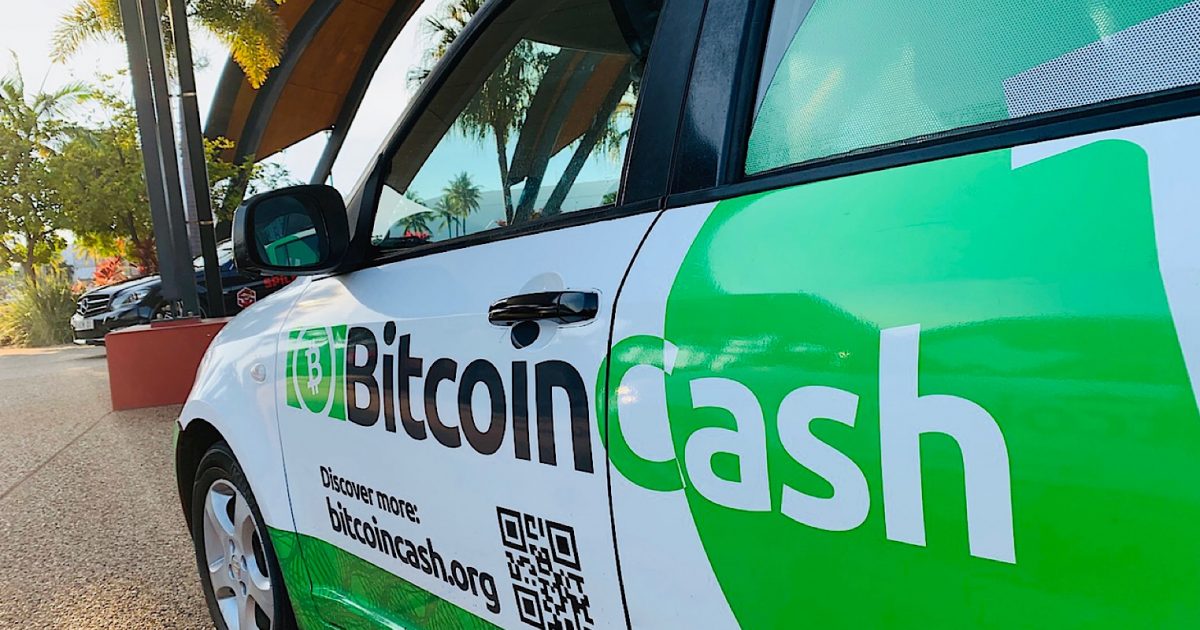 The Bitcoin Cash City conference in North Queensland has just wrapped up, and participants are now unwinding after two consecutive days of presentations, product demos, free gifts, and plenty of food. Tomorrow, September 6, there will be a special workshop for developers, and then the conference proper will end and it’s on to next year’s plans. Day two presented attendees with a smorgasbord of info: tax advice, practical business solutions, onboarding tips, introductions to emergent coding and more.

Even developers in attendance were stumped by this one, when the phrase popped up on the first day. “Emergent Coding?” More than one member of the Townsville software company, Code Valley, made reference to the idea, and on day two, attendees would get a better idea of what they meant. Mark Fabbro, the senior software engineer at Code Valley, explained that emergent coding is basically an assembly line for mass-producing software. Instead of relying on the more time-consuming and often error-prone methods of 100% “bespoke” models, where a single developer or developer group creates software tailor-made to one specific client’s vision, from the ground up, scaled, interchangeable elements are used. CEO Noel Lovisa elaborated:

We actually have a lovely little trick that makes all elements uniform in complexity …This ability to subcontract means that I can now fix the level of complexity of the agent that’s delivering the feature, and in fact, the guys that I’m subcontracting can also achieve the same.

In essence, instead of Code Valley delivering every element of every client contract themselves, they are building a sub-industry — an interchangeable network of over 2,000 subcontracting units/groups that can scale interchangeably — so when a client orders a product, the order can be executed extremely quickly and efficiently, by calling upon any combination or number of the subcontractor groups. Fabbro compared this approach to that of Toyota in the automobile industry, as Toyota uniquely divided itself into several independent sub companies early on, which continue serving one another.

During break time, news.Bitcoin.com was able to sit down and talk briefly with event host and CTO at Cointext, Vin Armani, about onboarding and adoption. “In my opinion the biggest problem that we’ve had, really, I would say since about 2014, is that we’ve had a lack of enthusiasm from entrepreneurs coming in to the space,” Armani stated. “From that time, really from the exchanges — those early exchanges, and the things that great out of them — until now, what we see is really a lack of entrepreneurial activity.” Armani went on to detail Cointext’s role in stoking that flame, and taking a chance on BCH via a unique business model. He emphasized:

The former reality TV star expounded on this statement, demonstrating that when merchant onboarders like Community Manager at Bitcoin.com Akane Yokoo onboard business owners, they should be incentivized to do so in order to make the process sustainable. Since BIP70 allows wallets to make multi-output transactions, sales could be set up so that with each purchase, the onboarder gets a small percentage. This is also Cointext’s revenue model.

In her own presentation about adoption, Yokoo — also the organizer of the Tokyo BCH meetup — emphasized the need to keep things simple, and to use personal connections to reach merchants. “Many people seem to think that I’m busy just going around to merchants … or that I have great special sales skills.” Yokoo stated that this is not true, but that a certain methodology helps.

The first thing is that they [businesses] have some idle time … if you go to a restaurant and see it’s not busy … this is a great chance for you. You can bring your friends, you can bring your meetup there, and bring them business.

Akane also noted that it’s vital to speak directly to managers or owners, and make receiving BCH as simple as possible for them. In an extreme example, and in a similar spirit to the underwriting initiatives in Townsville, Yokoo has even offered to buy especially hesitant merchants’ BCH revenue from them, in exchange for less volatile JPY. When explaining matters like taxes and volatility, Yokoo noted that concerned business owners can convert the currency right away and pay simple income tax, or if they wish to hold the coins, choose to pay taxes on gains as well.

While most of the presentations at Bitcoin Cash City were delivered by people deep into the space, the jargon, an inner geek-proud world of all things crypto, local business owner Donna Kilpatrick served up a practical reminder of what Bitcoin has always been about: peer-to-peer electronic cash. Kilpatrick stated at the end of her speech:

Onboarding a merchant is simple, there’s no forms to fill out, there’s no tick this box, do that, stand on your head, stand on one leg, post it on this day, do that …[Just] get your smartphone, download your wallet. Good to go.

She expanded on that point, emphasizing to attendees that most merchants don’t care about the technical side of it all really. Kilpatrick maintained that if BCH acceptance helps make business better, merchants will be interested regardless. The user experience for customers at her cafe is of equal importance to the entrepreneur, noting of the QR code system, “It’s easy for them as well. It only really truly works if it’s working for me, and it’s good for you, too.” Lamenting excessive fees from banks, Kilpatrick got a big laugh and loud round of applause when she claimed: “If I can stick it to the banks in any way, I’m all in.”

Code Valley’s Ethan Cannon also lightened spirits when he introduced a clever new app allowing anyone in the world to buy a drink for a stranger and watch the cheer unfold in real-time. The app, called “Perpetual Happy Hour” (PH2) utilizes in-house cameras, and uses the BCH network to facilitate Patreon-network-like relationships, allowing fans to buy their favorite users — or even complete strangers — a drink.

Designer and online retailer Cameron Lee also kept things very relatable, and touched the humorous, human side of crypto, when he shared a story about his first time ever using bitcoin. Lee told the audience he set up three separate computers and devices in his home, and sent bitcoin back and forth between the machines just to make sure it really worked, but that he “still wasn’t totally convinced.” Lee went on to emphasize that for newbies, this whole crypto thing can truly be a weird new world, so understanding is important.

When news.Bitcoin.com asked CEO at BitcoinBCH.com and BCH City organizer Hayden Otto if there were any plans for next year’s event, he stated:

I’ve already been talking about this actually, before this one got started, so I think this is pretty doable to make this an annual thing … maybe we can even do it more frequently later. I’m interested in taking it to locations where there is a high amount of Bitcoin Cash merchant adoption, and we can go and just support those areas that are supporting Bitcoin Cash the most.

Asked if he views Bitcoin Cash as more suited to promoting economic sovereignty and freedom than other tokens, Otto remarked, citing the block size: “Yeah I do, because I’m not being limited in any way with Bitcoin Cash.” The event organizer went on to point out that with other protocols, like BTC, block size limitations and resultant fees encumber users, further remarking that “Bitcoin Cash is the cryptocurrency with the least amount of friction.” Nodding to dedicated developers and evangelists in the space, Otto told news.Bitcoin.com these are the reasons why he’s bullish on BCH. Aside from tomorrow’s developer workshop, 2019’s Bitcoin Cash City now draws to a close. Next year awaits, and along with it many new opportunities for increasing financial freedom worldwide. 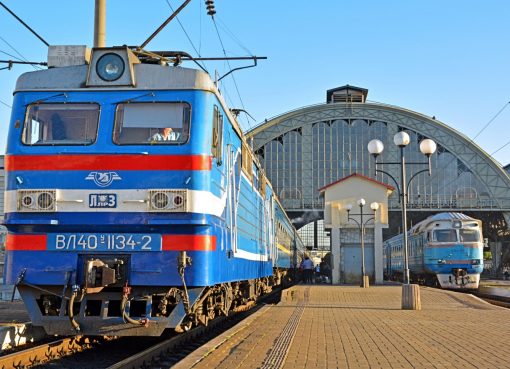 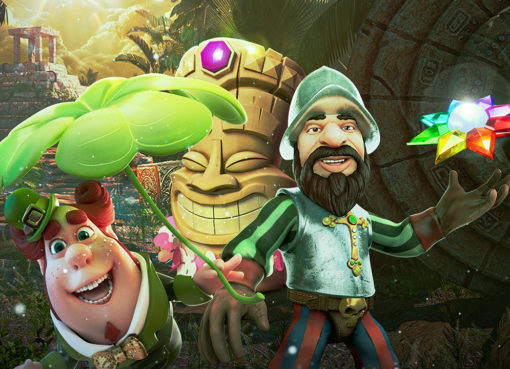 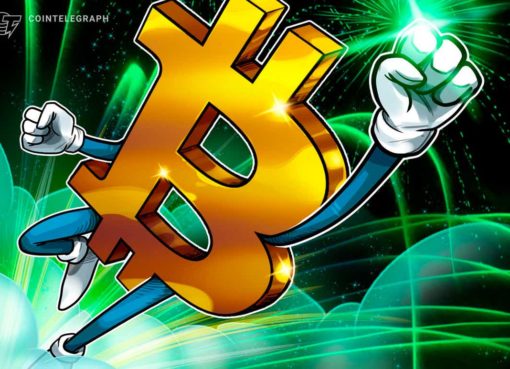