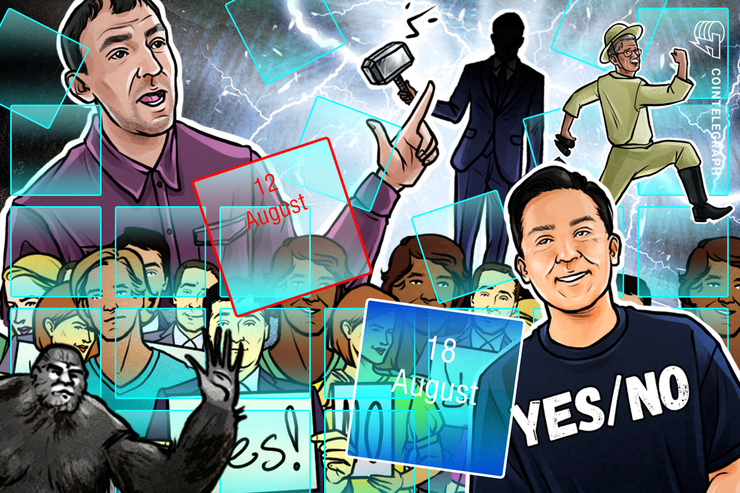 Premiums for Bitcoin in Hong Kong and Argentina despite price slump

Bitcoin (BTC) briefly veered back into four figures this week — reversing recent gains. It comes amid cooling tensions between the United States and China in their long-running trade war, with Washington deciding to delay the introduction of new tariffs that would have affected laptops and smartphones. Interestingly, crypto consumers in some parts of the world have ended up paying a premium for their Bitcoins in recent days. A report on Wednesday revealed that investors in Hong Kong were paying about $300 extra for BTC at the time — with pro-democracy protests and violent clashes with police creating political uncertainty. Over in Argentina, where the peso collapsed following the sitting president’s shocking defeat in primary elections, consumers on local exchanges were at one point paying out $420 more for their crypto than they would on major platforms.

More than 20 trading pairs vanished from Poloniex this week, with the California-based crypto exchange blaming their removal on low trading volumes. LTC/XMR, DASH/XMR, STEEM/ETH, GAS/ETH, LOOM/USDT and FOAM/USDC were among the pairings affected. Poloniex has stressed that each of these assets will remain independently tradable. This isn’t the first time that the American platform has streamlined its offering in recent months. Back in May, nine coins were delisted for its U.S. customers — Bytecoin (BCN), GameCredits (GAME) and Gas (GAS) among them — due to uncertain regulations.

Changpeng Zhao — or good ol’ CZ, for short — has predicted that Binance will be back in the business of operating crypto-to-fiat operations in the U.S. within two months. In an interview, the exchange’s CEO said: “I don’t want to promise any fixed dates, but there’s a lot of work being done and there’s a lot of things going on in flux, but I would say in a month or two.” June saw Binance temporarily restrict services in the U.S. as it worked to open a new division that would have the approval of the Financial Crimes Enforcement Network. CZ added that he is upbeat about the future of U.S. regulation — saying that the clear legal framework for traditional financial services shows that the environment for crypto will improve in time.

Barclays may be ending work with Coinbase, transactions in GBP to slow

In news that could hit the crypto community hard, British banking giant Barclays has reportedly severed ties with the Coinbase exchange. For users in the United Kingdom, this could slow down the exchange of crypto for British pounds substantially. Until recently, Coinbase users were able to access the U.K.’s Faster Payments Scheme, but restrictions brought in last month meant they had to use SWIFT instead — an inferior system that takes days to complete a transfer. Spain’s Santander was also accused of joining the bank blockade against Coinbase this week, with British users complaining that they were struggling to deposit fiat funds. A U.K. spokesman denied this was the case, telling CryptoX: “We do not block payments to any legitimate company, however in certain circumstances we will refer payments for additional security checks, where we believe there may be a higher risk of fraud.”

The Intercontinental Exchange’s Bakkt, the much-anticipated U.S. platform for daily and monthly Bitcoin futures, has a launch date: Sept. 23. The company says it is full steam ahead on the service, and testing is now under way after it secured approval from regulators. Bakkt had initially announced plans to offer such a platform back in August 2018, but it suffered repeated delays because of compliance issues. The futures contracts are going to be provided through a partnership with Intercontinental Exchange Futures U.S. and International Exchange Clear U.S. 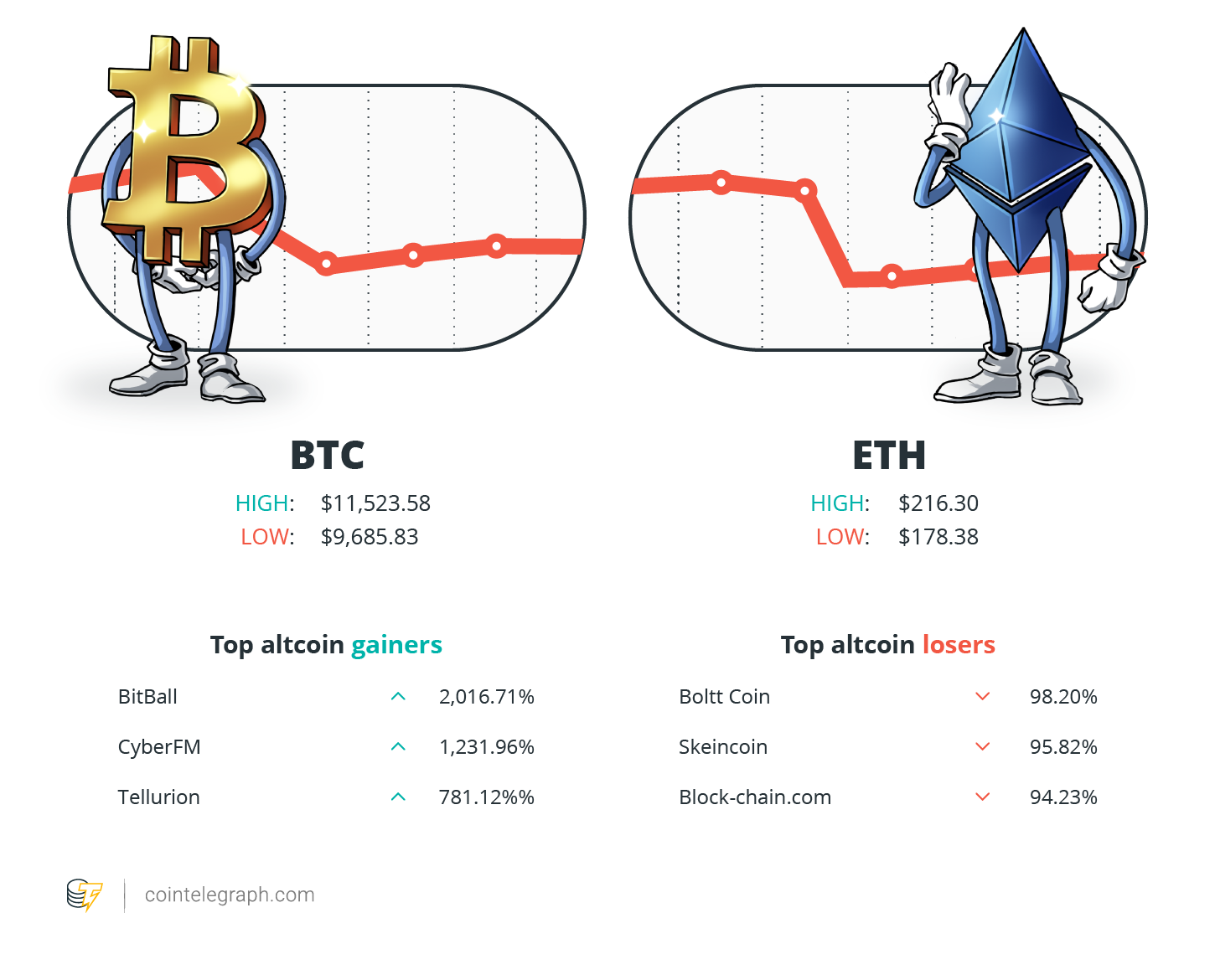 “Opinion: Many #cryptocurrency in the top market cap would be absolutely #Rekt by #EthereumClassic if we removed #Ethereum from the brand. I know we are original Ethereum project, but maybe this can be water cooler chatter at summit eh?”

“The SEC is bringing Thor’s hammer.”

“Bitcoin was one of the few assets that we watched that actually predicted that uncertainty ahead of time. Nothing else was really moving, Bitcoin was.”

“Cryptocurrency investments are risky. Investors should be extra cautious when dealing with promoters who claim their offering does not have to be registered with securities regulators. Quick returns of 150% are as rare as Bigfoot.” 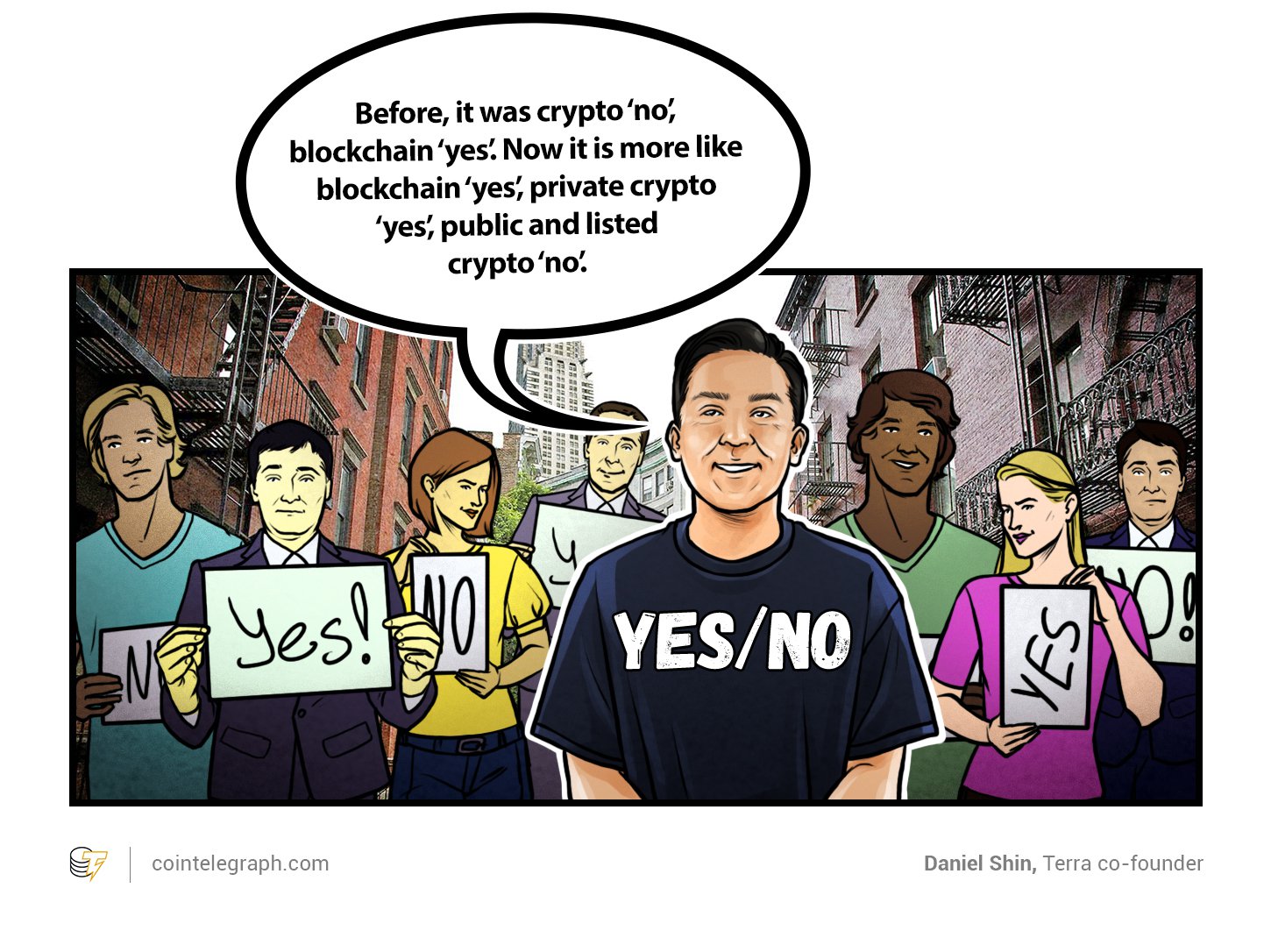 “So far crypto has focused mostly on retail investors […] or institutional investors. […] Half the money in the U.S. is managed by financial advisors, and right now it’s very difficult for them to access that market.”

“The whole idea of Bitcoin is it’s a store of value. It’s a chaos hedge, or schmuck insurance, as I like to call it.”

Goldman Sachs gets bullish on Bitcoin with a price target of $13,971

The start of the week saw Goldman Sachs give a bullish forecast for BTC prices — suggesting a short-term target of $13,971 for the dominant cryptocurrency. Its target has been based on Elliott Wave Theory, which forecasts market trends by identifying extremes in investor psychology, along with price highs and lows. The financial institution has been taking an increasing interest in the crypto market of late — exploring the potential of creating a digital currency and ramping up the development of a secret project last month by opening a job vacancy for a digital asset project manager.

$3B Ponzi scheme is now allegedly dumping Bitcoin by the hundreds

A theory has been circulating that this week’s downturn in BTC prices could be because of sell-offs from a Chinese Ponzi scheme worth $3 billion. An estimated 10 million investors were scammed when PlusToken was created in the middle of 2018 — and in a nod to a classic Ponzi scheme structure, it promised high investment returns at different rebate percentages for its four tiers of members. Dovey Wan, the founding partner of Primitive Ventures, has claimed that mass sell-offs from wallet addresses known to be associated with PlusToken are now taking place. She has urged exchanges and over-the-counter platforms to blacklist them as a matter of urgency. However, researchers from TokenAnalyst have countered Wan’s claims, citing a lack of evidence of addresses associated with PlusToken moving large amounts of Bitcoin to known exchanges.

Zcash “Brexits” as Coinbase delists privacy-focused altcoin in the U.K.

In other Coinbase news, its U.K. customers have reportedly been told that the exchange is dropping support for Zcash after Aug. 26. The fact that customers in the U.S. and the European Union remain unaffected has prompted speculation that Brexit could be to blame. Affected users can either convert their Zcash to another cryptocurrency on the exchange or transfer their assets to another wallet. If no action is taken by the deadline date, the remaining crypto will be liquidated into British pounds. British Bitcoin entrepreneur Alistair Milne has suggested that Coinbase may have been told to delist Zcash in order to regain access to the U.K.’s Faster Payments System. For its part, Zcash has stressed that it is “100% compatible” with British regulations — and says its presence on other U.K. exchanges remains unaffected. 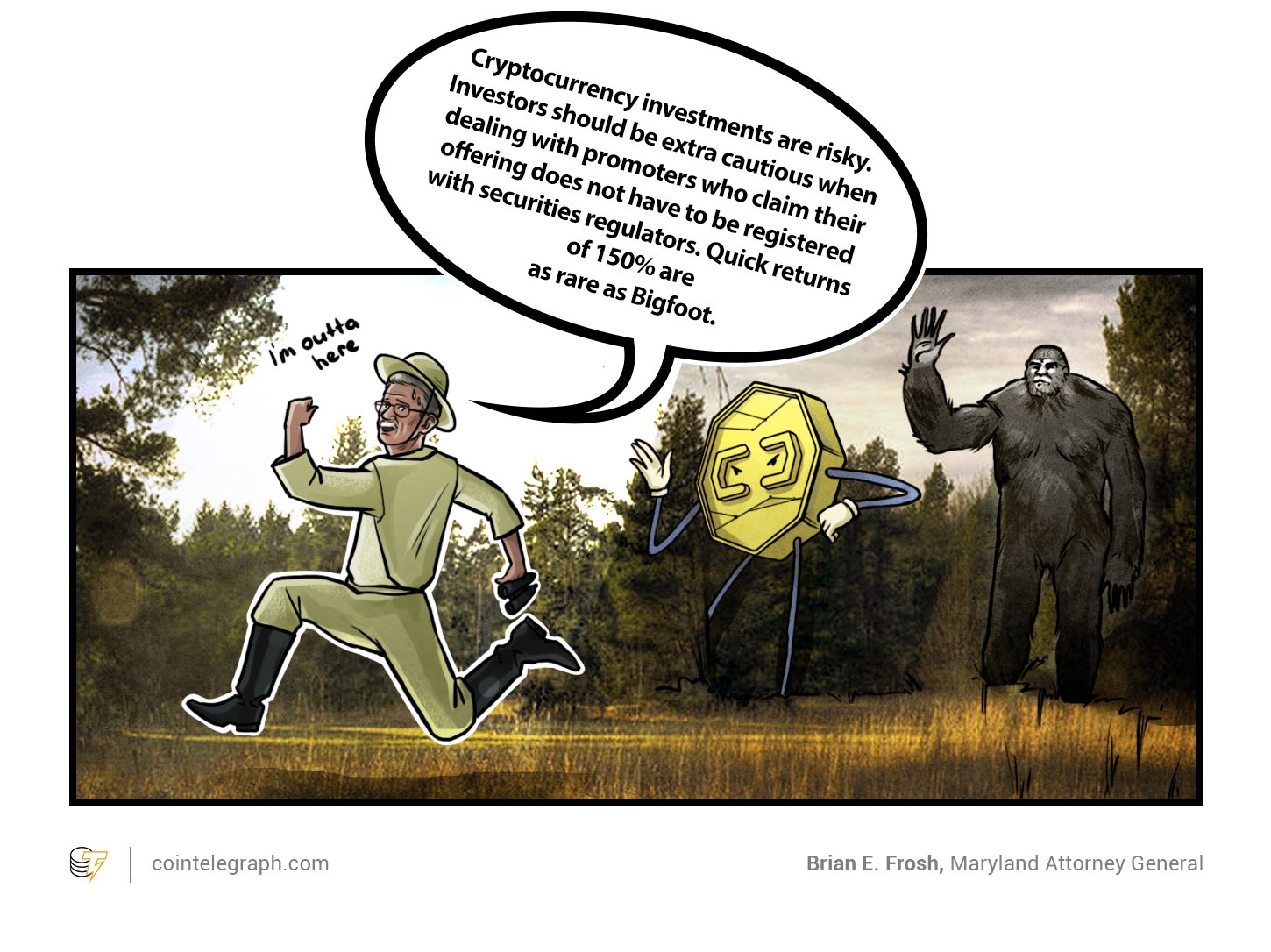 Some of Craig Wright’s documents in a recent trial were faked, Bitmessage developer Jonathan Warren has alleged. The man behind the peer-to-peer messaging service claimed there were chronological inconsistencies in the paperwork the Australian computer scientist provided to court in the long-running lawsuit filed by late cyber-security expert David Kleiman’s estate. Warren accused Wright of faking some contracts, emails and Bitmessages that were reportedly set to move Kleiman’s assets under his control. Kleiman’s estate is suing Wright for $5 billion amid allegations he stole hundreds of thousands of BTC. Wright — who has claimed he is the inventor of Bitcoin — denies the allegations.

Understanding Litecoin’s dusting attack: What happened and why

Reports suggest 300,000 LTC addresses may have been affected by a dusting attack, in which users received a fractional amount of Litecoin that could then allow malicious actors to track those addresses. Here, Joshua Mapperson explains what a dusting attack means, why it has happened and what crypto consumers can do to stay safe.

Statistics by an international recruiting company suggest that global demand for blockchain engineers has increased by 517% over the past year. CryptoX’s Julia Magas takes a look at how the jobs market in the crypto industry has evolved since 2018 — and where vacancies are being advertised.

U.S. crypto holders only have a few days to reply to the IRS 6173 letter

Have you received a letter from the Internal Revenue Service? If so, time is running out to reply — and those who don’t respond with details of all crypto transactions between 2013 and 2017 run the risk of having their tax accounts audited. Our Lokay Cohen takes a look at what you need to do… 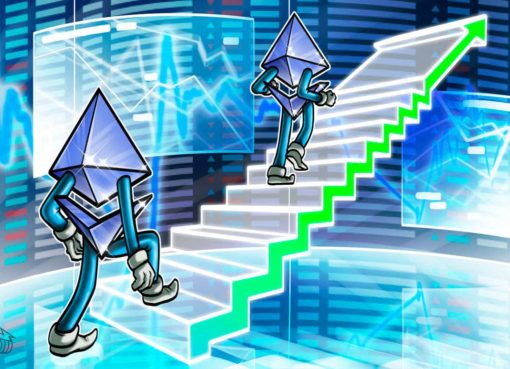 Ethereum price breaks through $3K, but analysts warn that a retest is needed What Jack Dorsey’s Beef With ‘Web 3′ is Really About 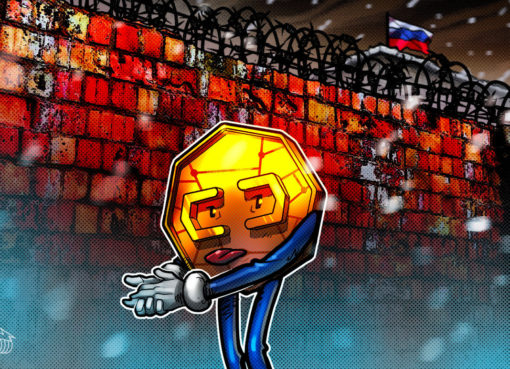