Skip to content
Home > Analysis > Bitcoin Price Sideways Market Stretches on… What Will Change It? 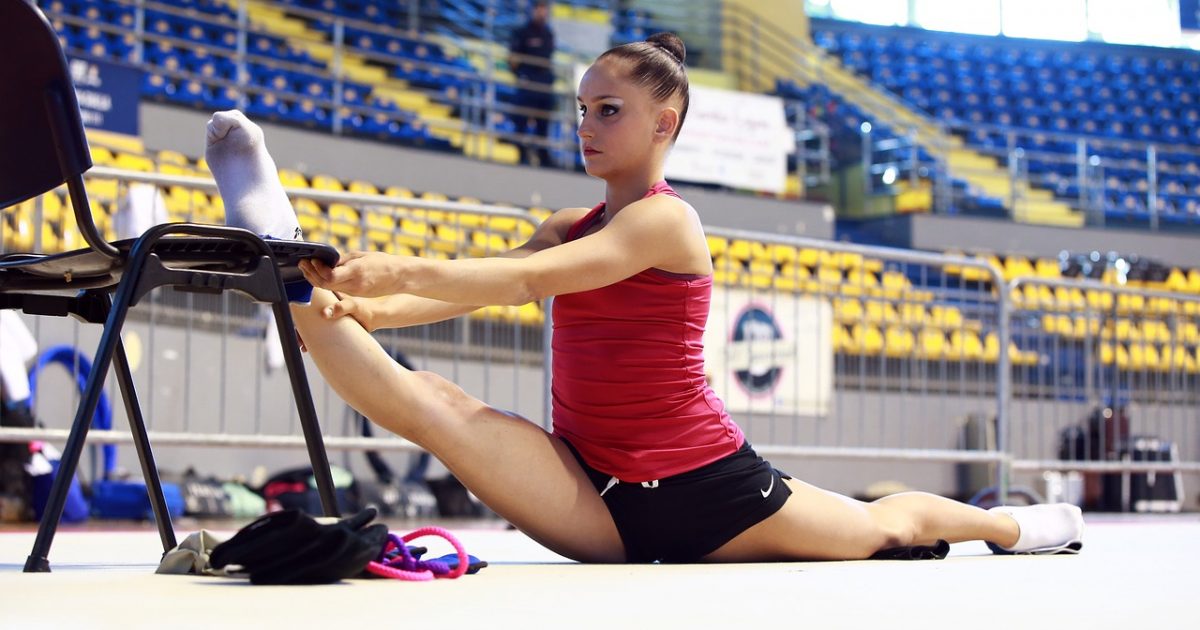 Bitcoin Price Sideways Market Stretches on… What Will Change It?

Despite a bump over the weekend, the bitcoin price continues to sustain its $10,000 level, trying to balance a sideways movement and walk away from any bearish channel influence. Let’s look at the charts to see where that could take us, in our weekly technical analysis report. 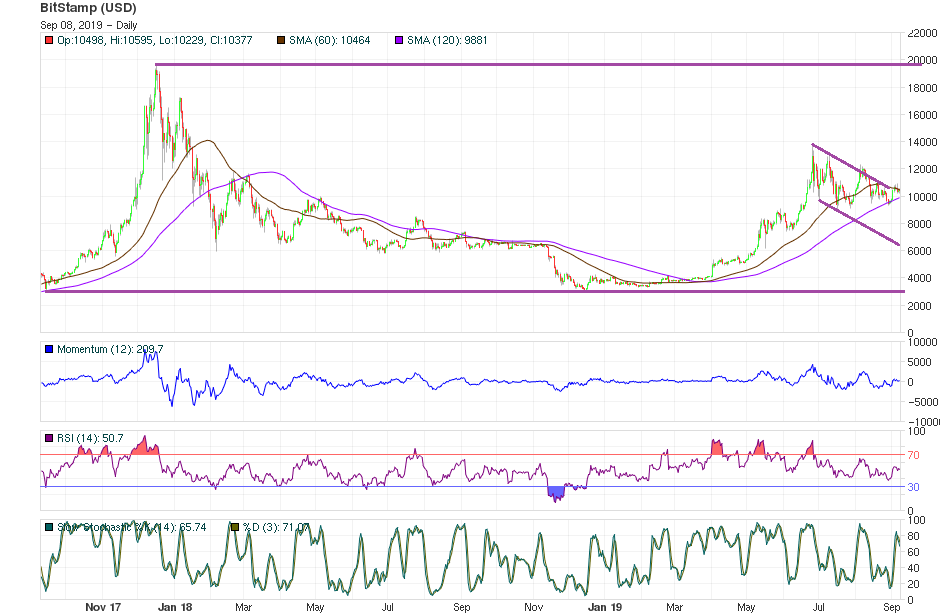 After a developing rise from the $4,000 USD level (started in April 2019) reached $14,000 in June 2019, the bitcoin price stayed in a sideways lateral market around $10,000, which would last for another month. From there a bullish consensus gained strength, and even current sideways movements are trying to walk away from the bearish channel influence.

High exposure to external factors spreads the general will around, and offer and demand seem to be fragilely balanced. A high volatility scenario configured a 4,000 basis point range, recognizing $9,000 as a support and a target near $15,000. That’s if and when values overcome $12,000, moving institutional investors to re-enter the game.

On the other hand, current distribution patterns are still active, and if the $9,000 support level is broken, our next scenario would include a deep fall to $6,000.

Mathematical Indicators arrived at the bottom without knocking down the quotes, and started to turnover bringing positive signals. However they also failed to stimulate a trend to go up steadily, and quotes keep reinforcing the lateral development structure around $10,000.

Even high volatility action could be considered a reason to allow a bullish chance, now backed by technical tools, if the current dispersed and erratic general will receives some news or external factor stimuli that unifies majority criteria. Should that happen, the target to the up side should coincide with a big triangle pattern near $15,000… or near $6,000 if it breaks to the down side instead.

Elliott Wave Theory’s counting seems to be starting a third upward movement, heading the trend to the $12,000 level. If this theoretical development confirms, the fourth wave could correct from there to $10,500 in October and a fifth upward one to higher levels would start on November to overcome $15,000.

On the other hand, Japanese Candlestick Fairy Soldiers’ strength could decay if they’re still defending their current level from offer´s Crow distribution action, without moving up to transfer the action over $12,000.

Bollinger Analysis is still neutral, reflecting prices over the centerline but without the stamina to go higher, breaking the channel’s upper bound. If offering action gets overflowed by some external factor, all the activity could shift down to get locked for another two months at a lower point, cancelling the bullish chance.

What do you think will happen to the bitcoin price? Share your predictions in the comments below.

If you find Ramiro’s analyses interesting or helpful, you can find out more about how he comes to his conclusions by checking out his primer book, the Manual de Análisis Técnico Aplicado a los Mercados Bursátiles. The text covers the whole range of technical analysis concepts, from introductory to advanced and everything in between. To order, send an email to [email protected] 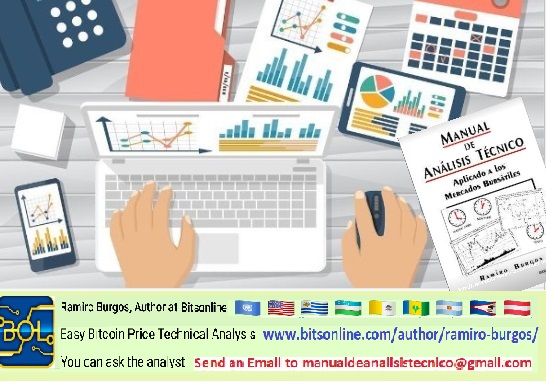 This technical analysis is meant for informational purposes only. Bitsonline is not responsible for any gains or losses incurred while trading bitcoin.

« Binance and Paxos Go for BUSD With New Stablecoin 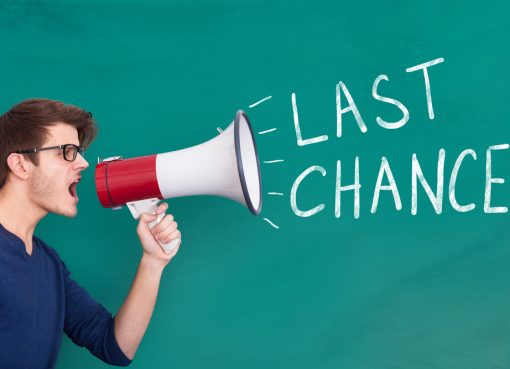