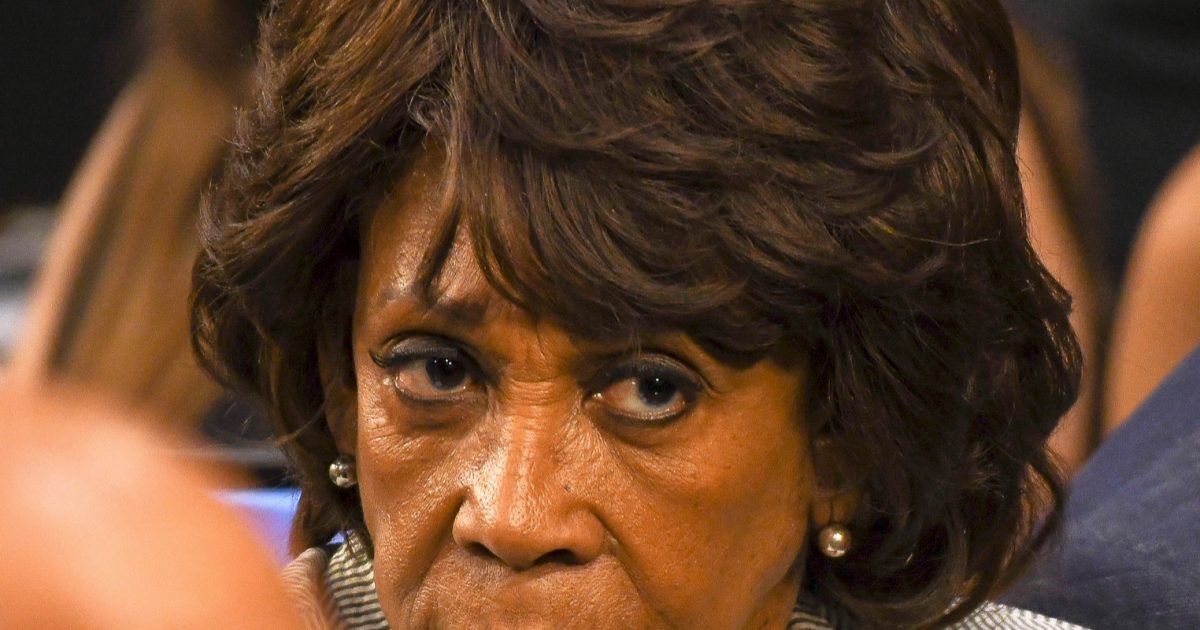 Anti-agorism Congressional Representative Maxine Waters still has misgivings about Facebook’s proposed Libra digital currency, even after meeting with Swiss government officials to discuss the tech last week. The sustained reservations echo the message of July’s open letter from the House of Representatives to Facebook, calling for a halt on Libra’s ongoing development. While many view regulation and careful legislative feet-dragging a troublesome necessity for crypto mainstreaming, agorists, anarchists, and other free marketeers see a critical problem: the tech is already here, and how we use it in non-violence is nobody else’s damn business.

Agorism is, quite simply, the free exchange of goods and services by individual, free market actors. News.bitcoin.com has previously reported on the philosophy, and this primer about Agorism and crypto is a good place to start for the agora-curious. Suffice to say that at its most basic form, agorism is the philosophy and practice of engaging in free market activity outside of the control or regulations of a state. Living one’s life in such a way, to such an extent as possible, that violent governments are ignored, counteracted, and rendered increasingly irrelevant. The word “agora” itself is a Greek term, meaning “open markets.” The hugely influential agorist activist, philosopher and author Samuel Edward Konkin III once said agorist counter-economics is:

The study or practice of all peaceful human action which is forbidden by the State. The Problem With Regulation

One of the most misunderstood aspects of agorism, voluntaryism, and anarchism is the fact that chaotic violence and a lack of order are not what is being sought. Agorists want the same things any other sane person wants: better education, better healthcare, better opportunities, and more peace. What is being sought is logical order and voluntary interaction, governed not by sociopathic, economically inept politicians and religious beliefs like the “divine right to rule,” but by logic, science, and the natural reality of individual self-ownership. That is to say, each individual owns his or her own life and body, and by extension, the property legitimately acquired or created by that body and mind.

The regulation of cryptocurrencies by the state exists ostensibly to fight crime and terror. What is seen playing out in reality, however, is that the groups that are by far the largest financiers of terror and violence globally — governments — have labeled themselves “regulators,” and now stifle a technological revolution set to help free billions of people. Waters states, in her August, 25 official assessment of the meeting with Swiss officials:

While I appreciate the time that the Swiss government officials took to meet with us, my concerns remain with allowing a large tech company to create a privately controlled, alternative global currency. I look forward to continuing our Congressional delegation, examining these issues, money laundering, and other matters within the Committee’s jurisdiction.

It is interesting that the state Waters represents, the United States Federal Government, is the world’s leading money launderer, by most rational estimations. After all, what is the unlimited, systematic creation of debt for the benefit of an elite class, represented by pieces of paper and zeroes and ones in computers, but a gigantic scheme to launder financial power? Bitcoin presents a threat because these irresponsible economic practices are simply not possible within the protocol itself. The Biggest Roadblock for Inclusion of the Poor Is Government Regulation

Financial inclusion is a big buzz-phrase these days, especially with influential, mainstream-friendly projects like Libra. It sounds nice. Include the previously disconnected, unbanked, and impoverished in the exciting new “crypto revolution” where blockchain saves us all, ends world hunger, and wipes our asses for us on the way out. There’s just one problem: there’s no need for centralized regulators – only individual human action.

“Hey there, impoverished guy! Wanna get out of debt!? Just head on over to Facebook or Coinbase and create an account. Of course, you’ll have to wait a few weeks to a month for your passport photo to be …. what’s that? You don’t have a passport? Well, I’m sure that’s okay, just present some proof of resi … how’s that? You’re homeless? Oh. Well, not to worry. If you figure out how to pass the KYC/AML requirements, pretty soon you’ll be able to do business online, and send and receive crypto! Bye!”

A cheap smartphone and an internet connection. This is all that is currently needed to make and receive crypto through free trade. Private, P2P platforms like Local.bitcoin.com help make this possible. Introduce a little government, however, and everything becomes cumbersome, violent, and vexingly inconvenient and inhuman. Agorism says if it’s non-violent, trade it freely. Speaking of poor people, the IRS is understaffed and overworked. Currently flailing to finagle whatever paltry satoshi dust they can out of America’s pockets, over 46,000 of the agency’s employees were forced to work for free during the last government shutdown. Some of them got discouraged and decided not to go back to work at all. The agency has turned to fear-mongering letter campaigns and automation, sending out a series of AI-generated notices relating to supposed non-payment of crypto taxes. They’ve also sent out over 400,000 notices since February, 2018 about failure to report income which could result in the loss of one’s passport. Financial inclusion never sounded less inclusive.

Government Through the Lens of Agorism

“Free people don’t ask for permission.” The commonly repeated agorist bromide deserves fresh attention. In most people’s daily lives, it would be absurd to ask someone else for permission to do things like drive into town, go out for a pizza, or help a friend fix his car. Without payment to a small group of people calling themselves government, though, each of these activities can turn deadly.

When state agents force someone to halt and find they don’t have that special piece of plastic for driving, they can be kidnapped. Those who try to provide a service — say starting a pizza shop — are also not immune. Without the proper building permits and food service licenses (also costing a pretty penny, of course) an entrepreneur will be shut down, fined, and thrown in a cage if they don’t pay. Potentially killed, if they physically resist the kidnapping. Those who try to help a friend with auto repair might also be criminals, thanks to the protection of the state. In Sacramento County, CA and elsewhere, this is already the reality. No Victim, No Crime

When someone’s neighbor smokes cannabis in their home, they are not violating the body or property of anyone. Going a few miles over the speed limit is not violent, either. Nor is selling tacos outside of a sporting event to willing customers. Nor is collecting rainwater. Neither is drinking raw milk. Generating one’s own electricity and not selling a surplus back to a political jurisdiction called a city is not a violent crime. Nor is refusing to pay taxes.

Critics of the agorist approach rightly are concerned that there must be some means by which to establish order in any given society. Anarchists, agorists, and voluntaryists agree. The prescribed methods are different. Where the Maxine Waters, Steven Mnuchins, and Donald Trumps of the world demand submission to their violence-based class system, agorists maintain we are all equal under the biological, metaphysical, immutable reality of individual self-ownership.

Decentralized rules can be set up for any group of property owners anywhere, based on these principles. As such, asking self-styled gods called politicians for permission becomes a laughable prospect, if the risk of disobedience were not so real. Yet, for some, freedom is well worth it, open letters and legislative scribbles from psychopaths be damned.

What is your opinion of the agorist philosophy? Let us know in the comments section below.

Op-ed disclaimer: This is an Op-ed article. The opinions expressed in this article are the author’s own. Bitcoin.com is not responsible for or liable for any content, accuracy or quality within the Op-ed article. Readers should do their own due diligence before taking any actions related to the content. Bitcoin.com is not responsible, directly or indirectly, for any damage or loss caused or alleged to be caused by or in connection with the use of or reliance on any information in this Op-ed article.

Images courtesy of Shutterstock, Fair Use. 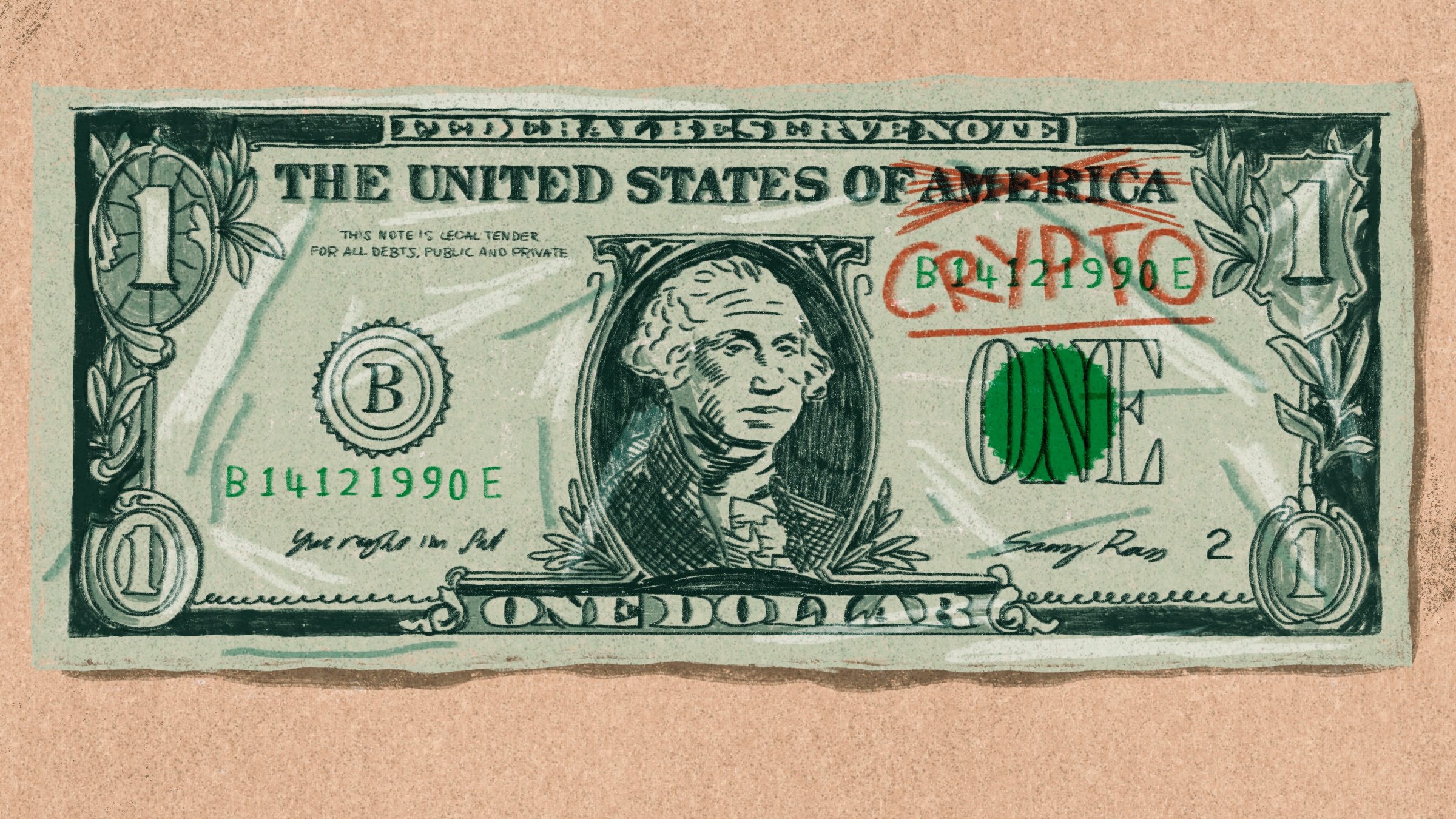 Nic Carter: The Crypto-Dollar Surge and the American Opportunity 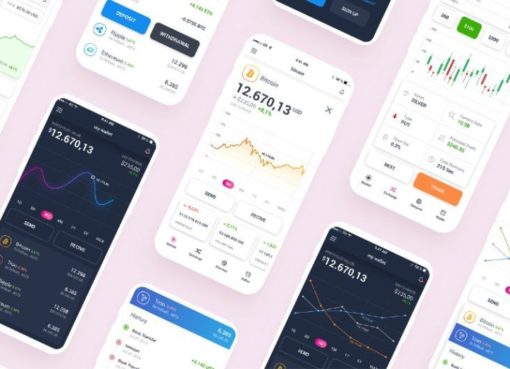