Skip to content
Home > Analysis > 3 Key Reasons Why Bitcoin Has Further to Fall After Plunging Under $9,000 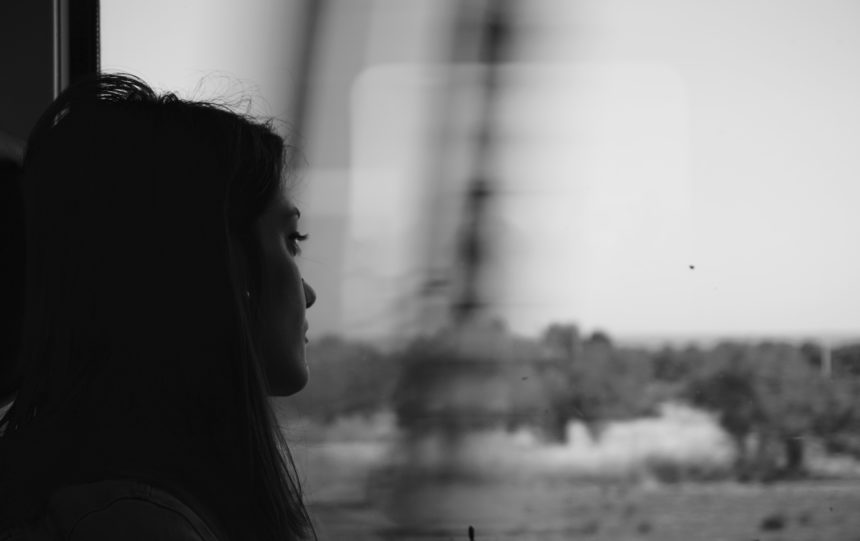 Bitcoin hasn’t fared well over the past few hours.

After holding the $9,800 support region for days on end, the cryptocurrency has plunged lower over the past 30 hours, reaching a low of $8,800 just minutes ago, according to TradingView.com data. This is the lowest Bitcoin has traded since May 13th, just two days after the block reward halving.

This move caught many traders off guard. Skew.com indicates that since this move from $9,800, ~$80 million worth of BitMEX long positions has been liquidated.

Bitcoin might not be done bleeding yet, though, multiple market factors suggest.

#1: Bitcoin Is About to Lose a Key Technical Support

While Bitcoin’s candle for Thursday trading has yet to close, the candle is currently trading below a key technical support level: the middle Bollinger Band, which is the 20-day moving average. Joe McCann commented on the importance of this specific level:

As can be seen in the chart created by NewsBTC below, whenever Bitcoin falls below the 20-day moving average, it is often met with further losses.

At the end of February, BTC fell below this technical level, then saw a rejection from it just a week later. What followed this specific loss of this support was the dramatic crash from the $9,000s to $3,700 that liquidated billions of dollars worth of value in the crypto market. 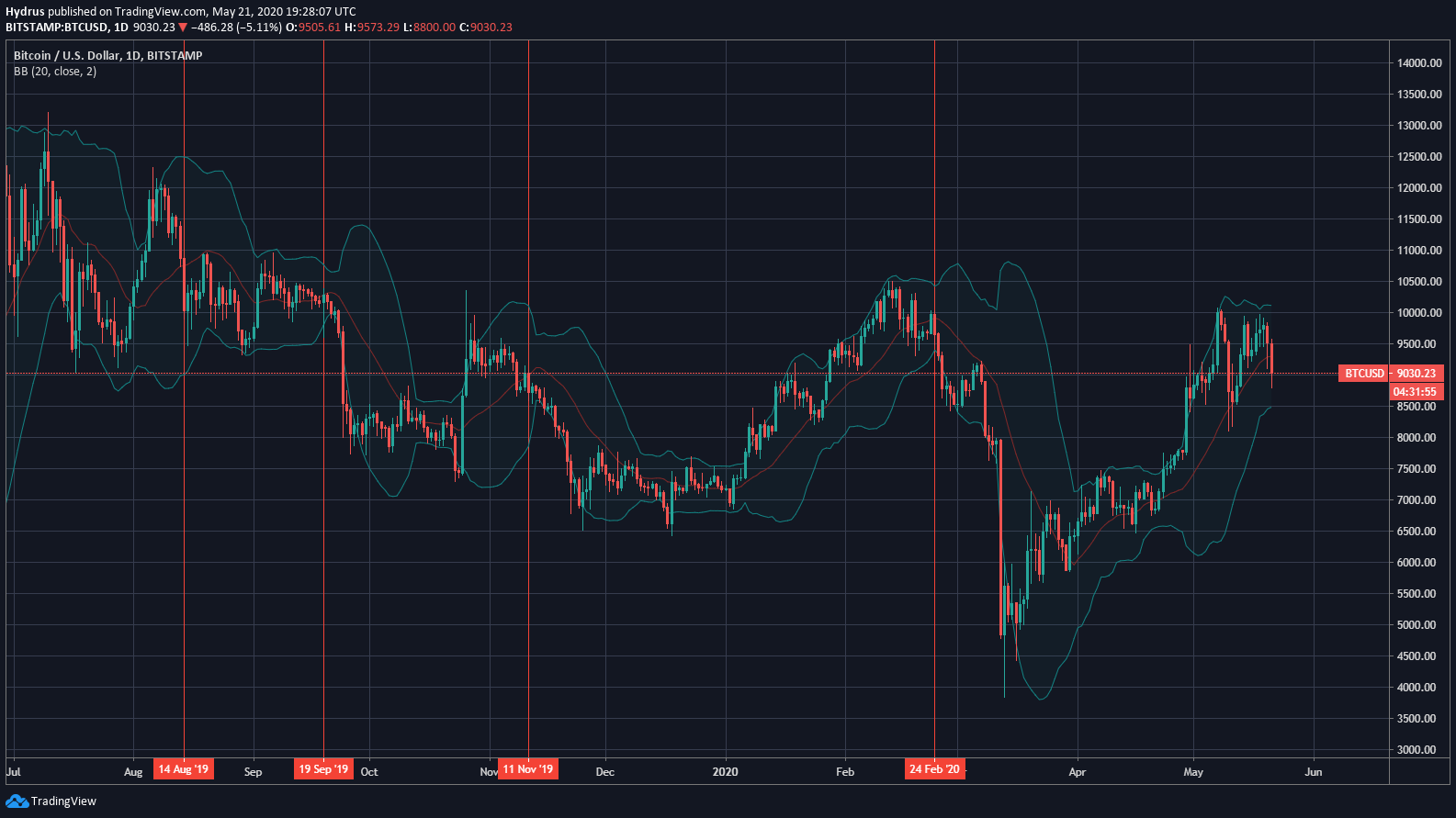 According to the blockchain analytics firm IntoTheBlock, the Bitcoin network is shrinking, with four of the firm’s five key signals printing “bearish signals.”

There isn’t a perfect correlation between on-chain signals and BTC prices, but they add credence to the rally. 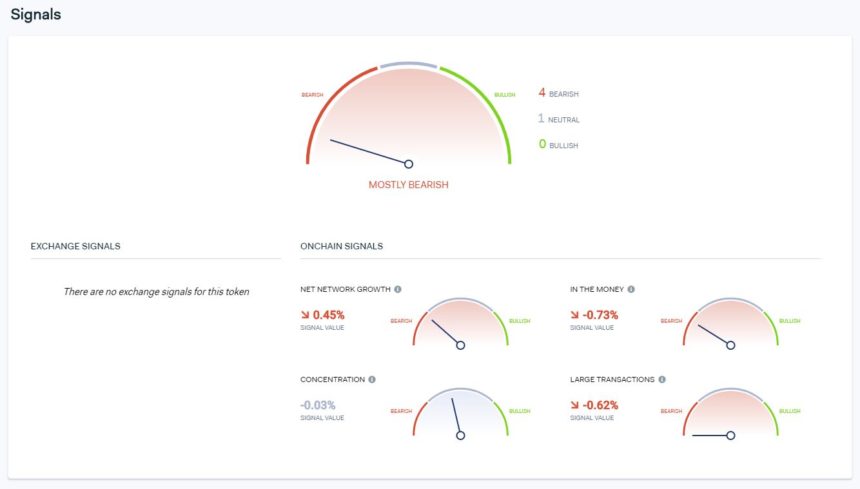 Finally, some think the stock market will shortly begin to roll over, dragging Bitcoin down with it.

According to a report from Bloomberg, technical strategists at JP Morgan have postulated that the S&P 500 index is currently forming crucial resistance around 2,940 points.

“The S&P 500 Index staged a bearish reversal week after moving deeper into the large confluence of resistance levels surrounding 2,900. While the two-day pullback from that key resistance area is only tentative at this point, it at least marks a continuation of the trend deceleration pattern that started in mid-April.”

BTC stands to suffer from a further drop in stock prices.

The Federal Reserve of Kansas City reported this year that during eras of economic “stress,” Bitcoin trades with a positive correlation to the S&P 500 “significant at the 5% level.” 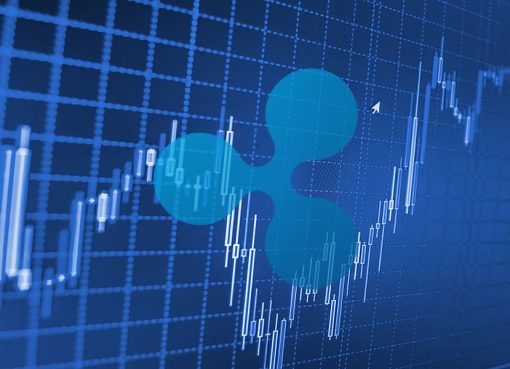 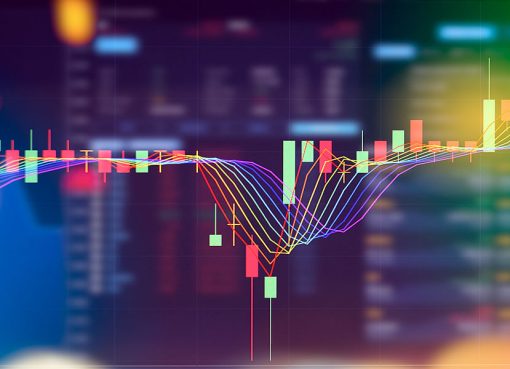 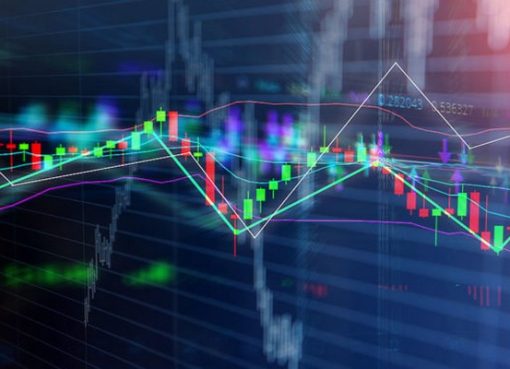