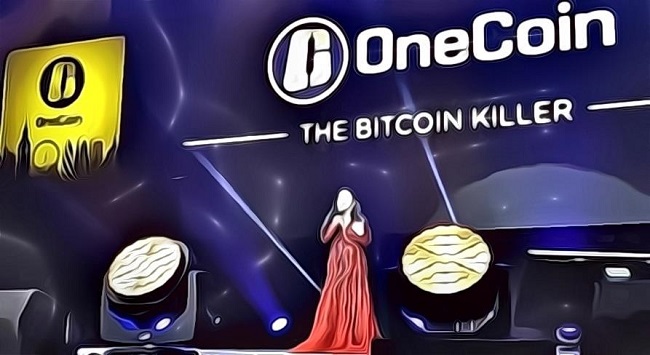 Many investors who wanted to jump on the cryptocurrency wagon had thought that they found the perfect opportunity for that in the crypto investment scheme OneCoin. Unfortunately, OnecCoin turned out to be nothing more than a scam.

In this in-depth article, we will review everything about the OneCoin crypto Ponzi scheme.

Cryptocurrency has always been considered to be a risky business. Investing in it requires a certain amount of trust, and in the worst case, losses could definitely turn out to be huge. This puts a certain amount of responsibility on crypto investment schemes, as a large number of investors are not fully equipped with the knowledge of the crypto world as they should, and yet they choose to invest nonetheless.

This has also made a number of people fall prey to Ponzi schemes that dupe investors out of large sums of money. This causes heavy losses to investors, and since cryptocurrency places a lot of importance on user privacy, it becomes nearly impossible to trace the perpetrators or recover the lost capital.

One of the most detrimental Ponzi schemes to be in the news over the past couple of years is the OneCoin crypto Ponzi scheme.

What Is a Traditional Ponzi Scheme?

For those who are unaware, a Ponzi scheme is a pretty old form of financial fraud. It is completely illegal, but also very difficult to spot. Most don’t realise that they’ve been duped until it’s too late.

It is a well thought-out scam that involves the false promise of high returns to all investors. It usually seems to work out initially, and this brings in an increasing number of new investors. The old investors are paid with funds made by the newer investors, and this cycle continues. However, the venture never actually profits, but just claims to be reaping unimaginable profits.

Once new investments stop coming in, the pyramid stops generating any returns, leaving the top layer, which mostly involves those orchestrating the scam, with all the money. This often leads to huge losses for almost all investors except the very few at the very top, often because it runs for a long period of time.

What makes it difficult for unsuspecting investors is that it’s not easy to detect even when it seems too good to be true because it is too tempting and thus makes it hard for most to pass up on the opportunity.

OneCoin is a purported cryptocurrency investment scheme, and in fact a Ponzi scheme, which has been operational for the past five years.

It was promoted as a cryptocurrency, and the founders Ruja Ignatova, Konstantin Ignatova and Sebastian Greenwood passed it off as a private blockchain, with parent offshore companies in Dubai and Belize. It is estimated that the entire operation accumulated around $4 billion from all around the world.

OneCoin is considered to be a fraud both due to the structure of the organization, and the people involved, who have been previously prosecuted for similarly running Ponzi schemes in various places.

It was sold as an educational material provider, with packs ranging from 100 to 118,000 euros. On purchase of these packs, the members are also given a token, and were urged to “mine” even more of the OneCoin cryptocurrency.

It had an unsustainable pyramid structure, and was banned at several locations around the world.

The Masterplan Behind OneCoin

It started in 2014, when Ruja Ignatova conceived the idea that could potentially earn them millions, and mailed it to an associate, known as “Founder 2.” Over the next few years, Ruja Ignatova convinced investors to get into the operations of OneCoin.

Investor Christine Grablis sued the brother-sister duo recently, in a New York Federal court, accusing them of stealing $4 billion US dollars off investors, with an initial coin offering (ICO) that was never going to happen.

In fact, she claimed that OneCoin mining never really existed either. Grablis stated (PDF) that “thousands upon thousands of investors [were] duped into purchasing falsely promoted, unregistered securities that leave even the most ardent cryptocurrency believers crying foul.”

She turned it into a class action lawsuit that would presumably lead to a jury trial.

Ruja Ignatova’s brother, Konstantin, was previously arrested in the Los Angeles Airport on account of wire fraud, connected to his operational role in OneCoin as CEO. His sister, however, got away then.

She is wanted for a number of counts, including wire fraud, securities fraud, and money laundering. Ruja is also wanted on counts of money laundering, as she tried to pass the investments through secret channels in New Zealand.

Regulators described this elaborate scheme as “an old-school pyramid scheme on a new-school platform.”

Geoffrey Berman, US attorney for the Southern District of New York, stated:

“They promised big returns and minimal risk, but, as alleged, this business was a pyramid scheme, based on smoke and mirrors more than zeroes and ones. Investors were victimized while the defendants got rich.”

In May 2018, OneCoin and OneLife related financial transactions were blocked by the Central Bank of Samoa, after a warning regarding its highly risky pyramid structure. OneCoin has denied these allegations, and quite outrageously, blamed the victims for their losses.

The new lawsuit describes the OneCoin operation as “cloaked in technological sophistication and jargon.”

However, OneCoin’s tryst with the law started out early. 2015 saw Bulgaria’s FSC citing OneCoin as an example of potential risks. This put OneCoin on the radar of a lot of law enforcement agencies.

2016 saw the DSA of Norway warning users against the OneCoin crypto Ponzi scheme. They even pointed out that its organizational structure was like that of a pyramid scheme, and pointed out the obvious risks involved. 2016 also saw the arrest of several OneCoin members in China, which was accompanied by $30.8 million USD of assets being confiscated.

This should have been enough to alert investors, and many did drop out, but new investors just kept coming in, and the scheme continued to be up and running.

December of 2016 saw the Italian Antitrust Agency pulling the plug on OneCoin operations in Italy. The scheme’s operators were asked to cease all operations, and their activities were declared to be an “illegal pyramid sales system” (“sistema di vendita piramidale vietato dalla legge”).

All promotional, trade and other activities were completely banned until further notice in February 2017.

2017 April saw OneCoin members being arrested in Mumbai for a OneCoin recruitment event, after an undercover operation. Subsequent inquiries and investigation uncovered $3.77 million, distributed in almost nine different financial institutions. Before the authorities could seize it, a further $11.52 million was transferred.

This quickly resonated all around the globe, and countries as well as their financial regulatory bodies started taking more stringent actions.

IFSC Belize issued a strict warning against OneCoin, and called it an illegal operation, which was working without any permissions. They were asked to cease and desist any operations immediately .

While OneCoin tried to recover from this by stating that the company was licensed by the Vietnamese government, the Vietnamese Minister of Planning and Investment called out the statement as false, and issued another statement which clearly outlined that the document used by OneCoin as proof of their legitimacy was false.

May 2018 saw a huge low, with the Central Bank of Samoa banning all financial transactions pertaining to OneCoin, blocking any further investments.

OneCoin still maintains that it is not a crypto Ponzi scheme, but with more lawsuits on the way, and it being banned in a number of countries, it’s pretty clear where it stands.

The Chinese government was able to recover $267.5 million US dollars, and prosecuted 98 people for partaking in the scam.

At some point, OneCoin issued the following statement:

Not only that, but OneCoin kept on alleging that “by accepting the contract, the user becomes an independent, self-employed business owner.”

With a US warrant still out for Ruja Ignatov’s arrest, it’s only a matter of time before the entire scam unravels. OneCoin is Accountable for losses estimated at $4 billion, it’s highly unlikely that the masterminds behind this scam can walk away scot-free. Both Konstantin and Sebastian were arrested in 2019 and 2018 respectively, with enough evidence to prosecute them for fraud.

Investors must pay extra attention while making large investments in new schemes, no matter how profitable they may seem. It is highly unlikely that a zero risk scheme can give great profits and the single most important guideline is that if it seems too good to be true, it’s most likely that to be a con.

With cryptocurrency gaining renewed interest, the scope for such crypto schemes is also on the rise. It’s not easy to track these down, making it a very profitable scam and an easy con for those wishing to make a quick fortune on the backs of others.

These schemes may come from a trusted source, as they often target people through the lower level of investors. These people are often not aware that they are merely forwarding the chain, making them unwary.

The best way to stay protected is to check with national regulators if the business is legitimate and to conduct a proper and thorough due diligence. This ensures that you are not trapped in a scheme that could cause you to lose your life’s savings, all for a get-rich-quick scheme.

Prevention is always the best method, and a simple check could save your finances in the long run. Since Ponzi schemes are often not obvious until the end, it’s wise to just avoid investing in any investment scheme that seems out of place. 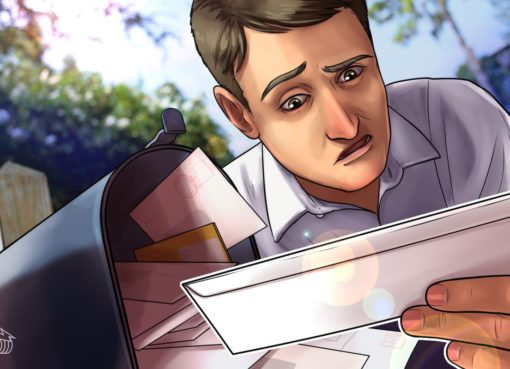 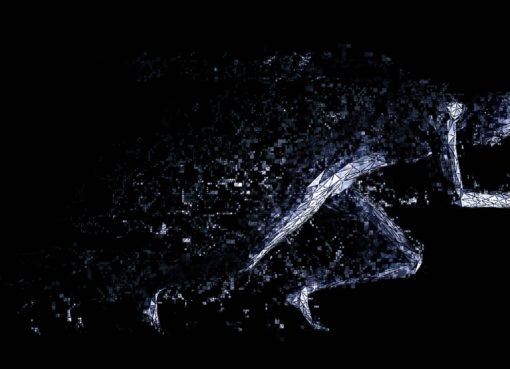 MATIC On The Move After Polygon Tapped By META 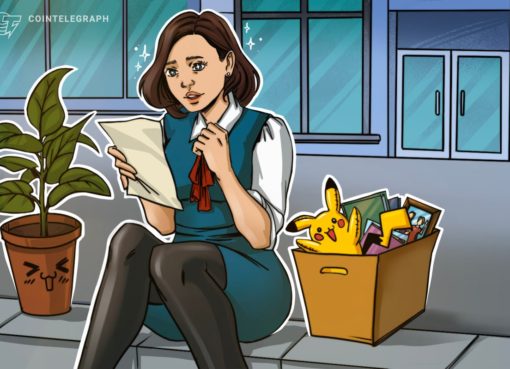