Skip to content
Home > News > Cryptocurrency Market > Can the Crypto Industry Adapt to the Travel Rule? 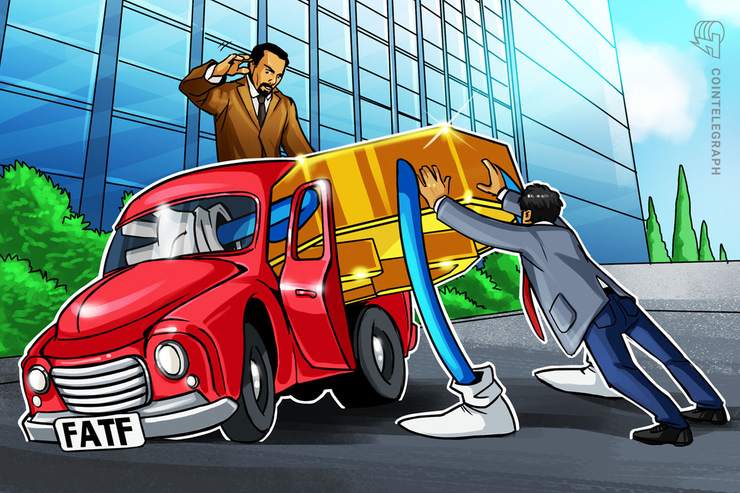 Regulators are clamping down on cryptocurrency, and companies around the world are feeling the strain. In late June, one of the most authoritative regulatory organizations worldwide, the Financial Action Task Force (FATF), issued new guidelines on how digital assets should be regulated.

While FATF recommendations are not legally binding, the G-20 stated that it uses them to regulate cryptocurrencies for Anti-Money Laundering (AML). For businesses that fail to make the grade, this could mean being shut out of lucrative international markets. No punitive measures have yet been imposed, but companies and crypto exchanges alike are acting fast.

What are the FATF guidelines?

In what has now become known as the travel rule, the FATF guidelines require regulators and Virtual Asset Service Providers (VASPs) — namely, exchanges from various countries worldwide — to collect and share personal data during transactions. The recommendation imposes the same standards on the cryptocurrency sector that are normally shouldered by the banking industry.

Although regulation of cryptocurrency is a hotly debated issue in the crypto community, the FATF guideline amendment proved to be more controversial than usual, as it compels VASPs to share the personal data of their customers. While many exchanges and wallet providers now ask customers to verify their identities, transactions using cryptocurrencies are largely anonymous. Payments are logged in the blockchain, but no personal details are revealed in the process.

Related: FATF Regulations – Is It the End of Crypto Anonymity?

For some critics, the anonymity of cryptocurrencies makes them a perfect tool for carrying out criminal activity. Despite this, as CryptoX has previously reported, the level of illegal activity facilitated by the use of cryptocurrency is dwarfed by cash, and exchanges and wallet providers alike are generally cooperative with authorities.

The FATF has given local authorities and VASPs one year to form an appropriate regulatory framework that complies with the travel rule. With four months already gone, the pressure is mounting on VASPs to come up with a solution.

Privacy coins are cryptocurrencies that conceal user data. They are among the most controversial methods of payment available on the market. Some coins hide user identity, while others go as far as hiding the amount of cryptocurrency held and traded in wallets.

For some, the need to conceal such information is evidence that the coins are enabling illicit activity, notably the buying and selling of illegal drugs on the darknet or potentially even supporting terrorist activity. For advocates of the technology, it is about autonomy of personal finance and operating free of state surveillance.

But the new FATF guidelines are set to change everything. Although the deadline for VASPs to comply with the new regulations is still months away, privacy coins are already beginning to feel the heat.

Earlier this month, OKex, one of the four largest cryptocurrency exchanges, announced the launch of a self-regulated organization that will standardize compliance policies across the world, in observance of the FATF guidelines. The local arm of the Korean trading platform then delisted five major privacy coins, citing the new guidelines.

Ryan Taylor, CEO of Dash Core Group, told CryptoX that although the FATF enjoys global influence, the responsibility to draw up appropriate legislation still lies with local authorities, meaning that the implementations of the travel rule are likely to be unequal:

“Thus far, it appears that exchanges are preparing to address the recommendations put forward by the FAFT. However, because the FATF guidance must be implemented in local jurisdictions around the world, and those jurisdictions will undoubtedly act on the guidance differently, exchanges are struggling to understand the specific requirements they will need to meet. For now, that is a guessing game for them.”

Although Taylor outlined his view that the FATF guidelines are largely an attempt to crack down on what it perceives as an opportunity for money laundering and terrorist financing, he emphasized that “the vast majority of people that use privacy-enhancing features are simply using them for personal privacy, not to facilitate nefarious activities.”

Not all privacy coins provide the same level of anonymity. Although the FATF guidelines seem most problematic for privacy-focused coins, Taylor explained that only the most secretive options are at risk from the travel rule:

“Privacy and anonymity are not binary, but rather a spectrum. Coin mixing wallets can be built for any transparent blockchain such as the implementations for Bitcoin and Dash, and those options require no changes to the transparent nature of the blockchain. […] Given the diversity of options, and the differing treatment of these options in various jurisdictions, it is clear that only some of the most anonymous implementations are at risk.”

Cryptocurrencies themselves are not the only entities at risk from the travel rule. Exchanges are the hubs through which thousands of investors buy and sell crypto. Although cryptocurrency enables peer-to-peer trading without an intermediary, exchanges form a vital part of a healthy and accessible cryptocurrency sector.

CryptoX spoke to John Roth, chief compliance and ethics officer at American cryptocurrency exchange Bittrex about how the changes are likely to affect trading platforms. According to Roth, the guidelines are only the latest in a long series of recommendations from the FATF:

“The new guidance about emerging technology is not a surprise. The industry is currently split between compliant, regulated exchanges and those that are not. Hopefully the attention FATF is giving to the space will force non-compliant exchanges to join the mainstream. Currently, exchanges that chose to bear the costs of compliance, which are considerable, are at a competitive disadvantage in the global marketplace. Uniform rules uniformly enforced will level the playing field.”

While admitting that the FATF guidelines could bring about a more standardized approach to compliance among exchanges, Roth told CryptoX that, “Criminal actors do not need to use exchanges to engage in money laundering, and in fact are well advised to stay away.”

He further added that regulators are ignoring several fundamental truths of how cryptocurrency operates, that transactions are easily traceable on the blockchain and analytical tools can be used for tracking:

“This means that while compliant exchanges and honest actors will bear the cost and inefficiencies involved in the rule, criminal actors can circumvent the requirements with a click of a mouse. It increases the costs and complexity of compliance without addressing the real concerns about money laundering.”

Although the FATF has given a one-year deadline to VASPs, Roth said that a suitable solution may take longer due to the industry’s diversity and the potential expense of a new method of collecting the necessary information:

“No one in the industry is currently compliant with the travel rule, an issue that us and other exchanges are discussing solutions to. The issue here is that a solution would require consensus in the industry and require the use of new and untested solutions to handle the speed and volume of data.”

Bitpanda, a Vienna-based cryptocurrency that launched its global exchange service in June, is also wary of the potential impact the FATF guidelines could have on the industry. Bitpanda CEO Eric Demuth told CryptoX that although the shockwaves are likely to be wide-reaching, he believes that the industry is in a good position to adapt: “These rules and the requirement to register is actually a good thing. What we still miss in this regard is legal clarity.” He went on to add:

“We strongly urge the FATF and all other regulators to verify the technical feasibility first, before setting such rules. The effects on the industry, especially on a global level, are from our side not yet clear. Compliance must be possible from a technical perspective and there is no clear way how to achieve that yet.”

Regarding the effects that this could have on smaller players in the industry, Demuth explained to CryptoX that this could encourage companies operating on a smaller scale to develop an anti-state mentality:

“Our estimation is that smaller players are either choked out or go to the ‘dark side’ in the sense of offering services without a license. If this happens those VASP would lose all incentives to stick to any rules and might not stop by breaking only these rules. This could lead to a situation like in the old days of Crypto, where there was more a mentality to work against the state. Currently, most VASP try to stick to the rules.”

Although Demuth expressed his reservations about the travel rule, he is not against regulation of the crypto sector as a whole. While admitting the investment in securities and crypto assets should be regulated, Demuth said that other restrictions are not conducive to a healthy cryptocurrency sector: “The industry should be heard before setting new rules in place.”

“To succeed, regulation should be proper, reasonable, and proportionate. Overregulation may be even worse than no regulation at all, because the regulatory burden may kill the business or the very idea before it’s introduced to the public.”

Time to draw a line in the sand

Regulation is necessary in order to ensure that wider adoption of cryptocurrency is possible and that future investors are protected. But the question remains: Regulation on whose terms? Companies and exchanges alike are well known for paying lip service to the need for regulation.

Related: Why Regulation Is the Best Thing for Crypto

Across the industry, there is a consensus that measures need to be put in place to prevent terrorist financing and stamp out money laundering. Beyond this, there is no clear direction for the industry as a whole.

The travel rule from the FATF is a sign that the time has come to establish a boundary between regulation, technology and privacy. But what remains unclear is where that line should be drawn. As it stands, only the most private currencies face a serious existential crisis. With time quickly running out, VASPs are still scratching their heads about how to negotiate the looming regulations. Those that don’t comply will find themselves left out in the cold. 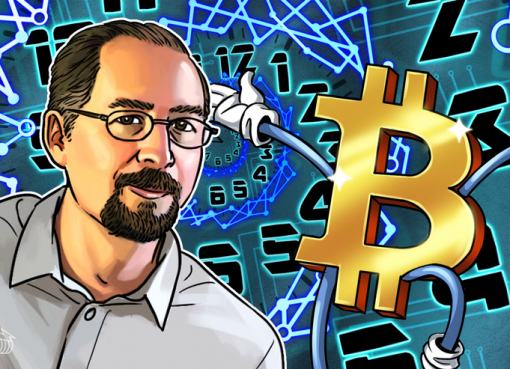 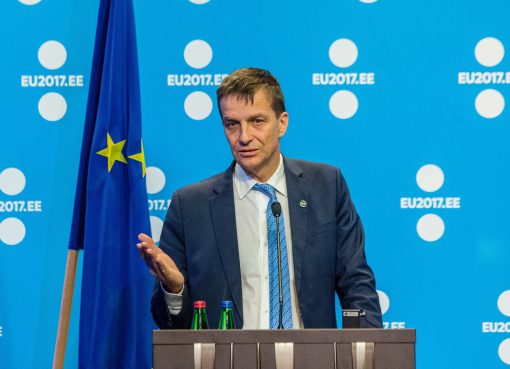 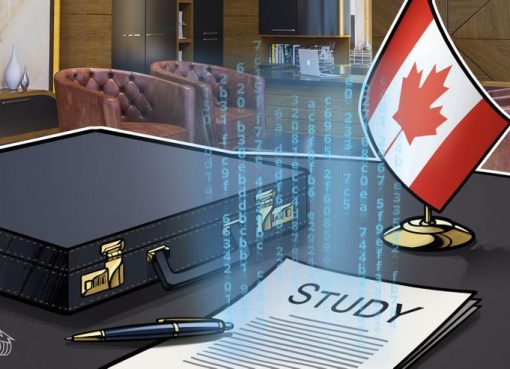 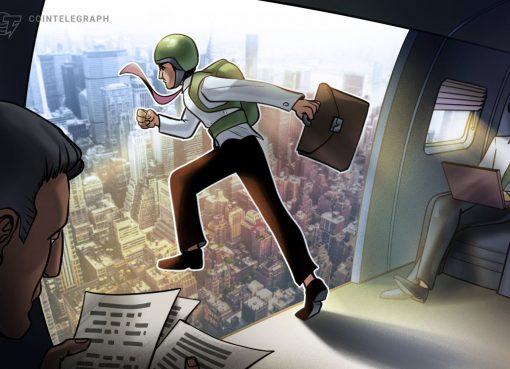 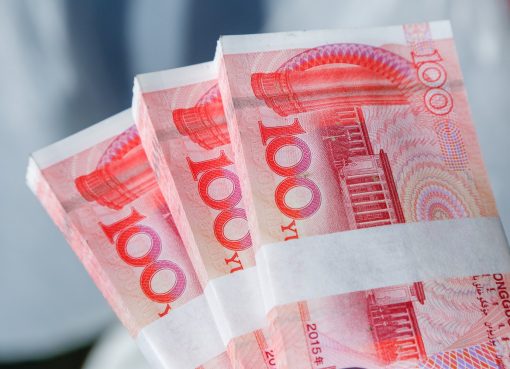