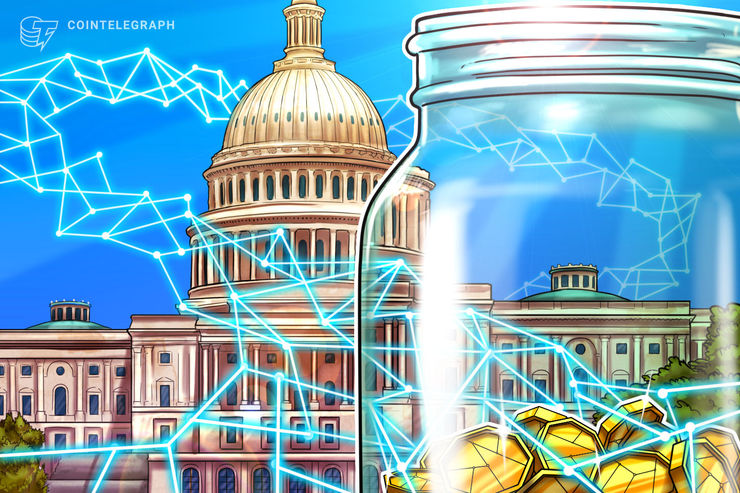 Earlier this week, BitPAC — conceivably the only active crypto-centric political action committee (PAC) — announced its plans to hold an initial coin offering (ICO). The committee will reportedly issue a utility token called Politicoin, which will then be used to support its candidates running for public office.

So, can PACs become a gateway for cryptocurrency-based contributions in United States politics while select states and high-profile nominees like Hillary Clinton explicitly refuse to accept digital assets during political campaigns?

PACs, Super PACs and Super Super PACs: What are they?

In the most basic sense, PACs are organizations that raise and spend money to elect and defeat political candidates. PACs represent business, labor or ideological interests, and are barred from coordinating directly with the office-seekers they endorse.

The first PAC was established around 1944, when the Congress of Industrial Organizations (CIO) was raising money for the reelection of President Franklin D. Roosevelt. The CIO was collecting money via voluntary contributions from union members directly rather than union treasuries to bypass the Smith Connally Act of 1943, which forbade unions from contributing to federal candidates.

PACs are regulated by the U.S. Federal Election Commission (FEC). After the Citizens United v. FEC (2010) and Carey v. FEC (2011) court cases, the so-called “Super PACs” and “Hybrid PACs” (also referred to as “Super Super PACs”) emerged respectively. Both of them are subject to considerably less limitations than the original one.

Thus, a standard PAC can only donate up to $5,000 to a candidate or candidate committee for each election and $15,000 to a political party per year. Super PACs, on the other hand, cannot make any direct contributions, but can spend unlimited amounts of funds in support of their candidates independent of their campaigns — and can pool donations of any size.

Finally, Hybrid PACs can give limited amounts of money directly to campaigns and committees (the same as traditional PACs), while still making independent disbursements in unlimited amounts (the perk available to Super PACs). Both Super and Hybrid PACs have been criticized for exploiting the relaxed laws on campaign financing since they accept money from deep-pocket donors.

Dan Backer and his BitPAC, a crypto-centered hybrid committee with plans for an ICO

Dan Backer, the founding attorney of political.law, a campaign finance and political law firm,  who successfully argued the aforementioned Carey v. FEC case in 2011, boldly called himself “the father of the Hybrid PAC” in a conversation with CryptoX. He is also the founder of BitPAC, the first ever Bitcoin (BTC) political action committee that was initially registered in 2014. In an email sent to CryptoX, he wrote:

Soon upon establishing, BitPAC sent paper wallets containing BTC to several candidates, bipartisan and bicameral, to see how they would report those donations to the FEC. None of them cashed out, Backer told CryptoX:

“I discovered this as a fluke when asked how candidates reported their receipt of the BTC (I knew how we reported it, not how they did) and wanted to check. First candidate, didn’t report it.  second candidate, didn’t report it, and on and on. So, we pulled the paper copies of the paper-wallets we kept (FEC regs require us to keep financial records for 3 years), and recovered the BTC.”

At the time those contributions were made, each wallet contained around $250. By the time Backer had recovered them, they were worth around $16,000 per unit. That money influx prompted him to reestablish BitPAC (as it was formally terminated in 2018 due to the donors’ inactivity in regard to the donated BTC), and additionally launch Politicoin, an ERC-20 token run on the Ethereum (ETH) blockchain. Backer explained the mission behind the new token to CryptoX:

“The purpose is to facilitate the normalization of crypto-contributions in the political giving landscape, both to donors who are interested in that and candidates and their consultants/vendors who generally are agnostic to money as long as they get it. Our longer term plans with politicoin will make that possible.”

The funds raised during the forthcoming ICO will specifically be used to support Dan Bishop, a Republican candidate for North Carolina’s 9th Congressional District in the U.S. House of Representatives in a special election. “Bishop is demonstrably pro-crypto & pro-innovation and the NC-09 special is NOW,” Backer told CryptoX when asked to explain that specific endorsement. He then went on to add:

“We can demonstrate what is probably the most important point: voters generally don’t know about and don’t care about crypto.”

Bishop was one of the representatives who supported House Bill 86, which has relaxed regulations for digital currency businesses in his state, as major U.S. cryptocurrency exchange Coinbase stressed in a blog post last year.

Backer seems confident about his ICO plans, as he told Cointelergraph that they should not be met with resistance from regulatory agents like the Securities and Exchange Commission (SEC):

“Our approach is in-line with that already approved by the Federal Election Commission (FEC), and in essence we’re providing the token to contributors, but not providing a marketplace or treating it as a security in a way that would trigger potential SEC subjugation.”

The pitfalls of accepting crypto-based donations in U.S. politics

Accepting cryptocurrencies as political donations is not a common practice in the U.S. — although committees can legally receive Bitcoin as a contribution, as the FEC ruled in 2014. At this point, just one 2020 presidential candidate is accepting crypto donations — Andrew Yang, a Democrat with a background in tech and law, who vocally supports pro-crypto regulations.

However, in order to make a crypto-based donation, donors are required to book “a 15-minute phone call with a member of the compliance team” so that they can ensure that the funds are being provided by a U.S. resident eligible to vote — same as with BitPAC.

Indeed, while it is easy to track a transaction made in cryptocurrencies due to the blockchain technology, it is difficult to identify the party behind the said payment. Understandably, that makes regulators nervous, especially in the light of investigations into foreign intervention, which might have disrupted the 2016 presidential race, along with the public’s general mistrust in cryptocurrencies.

As per a 2018 survey conducted by blockchain-oriented research firm Clovr, 62% of Americans who are eligible to vote think that crypto donations could be used illegally in the U.S. political system. Moreover, certain states — namely California and South Carolina — have completely prohibited donations submitted in cryptocurrencies at the county level, while other states — like Montana and Colorado — have imposed additional limitations for such donations.

CryptoX previously reported on several U.S. politicians who successfully raised funds via crypto. However, some of those campaigns resulted in negative publicity, which could be the reason why certain candidates, like Hillary Clinton, have deliberately rejected crypto donations in the past.

For instance, in May 2018, Obama’s former aide on crypto and digital technologies, Brian Forde, was criticized for accepting BTC donations during his campaign for the U.S. House of Representatives. Specifically, in an ad by Forde’s opponent, Forde’s donors were pictured as “Bitcoin speculators that oppose cracking down on drug deals and human trafficking.”

Nevertheless, some PACs are happy with current regulations. Humanity Forward Fund (Humanity FWD), a Super PAC supporting Yang, has been accepting donations in BTC via the Lightning Network since July 2019. Its co-founder, Seth Adam Cohen, told CryptoX that the process has been easy, as there are no limitations involved in the process. He elaborated:

“However, we found the pitfall to be trying to accept ‘all’ or even ‘many’ coins. That’s why we started with only Bitcoin and will slowly add coins if there is interest. Each additional coin means more #Math and more reporting requirements. So the demand from the crypto community needs to be there to make it worthwhile.”

Humanity FWD accepts contributions via ActBlue, a fundraising platform created by the eponymous nonprofit organization, in which donors are asked to provide their personal information. “The burden is on us, or a campaign, to verify that information,” Cohen told CryptoX. He went on:

“Please note that on actblue you don’t even have to check a box to verify you read the requirements. People often accidentally donate to actblue who aren’t supposed to, because they didn’t read the fine print. With OpenNode.co we make people check a box and certify they are eligible donors and provide the necessary information. Then our compliance team double checks any that seem even a little questionable.”

WSD is the native token of the White Company — a blockchain firm that was processing cryptocurrency donations on Swalwell’s behalf during his campaign. The company CEO Elizabeth White told CryptoX, “We actually feel that current regulations are completely adequate for the purpose of political donations.” However, it could be burdensome for political candidates to accept crypto donations without the help of a third party, she added:

“It is very difficult for them to do so if they try to do it on their own. A good example was Andrew Yang’s campaign which basically gave out the same BTC and ETH deposit address to every donor, so it was impossible to know who was actually sending money.”

White Pay generated a unique deposit address for each donor, and as they are valid for only a short period of time, contributions could be matched to identities that are collected during the onboarding through a Know Your Customer, or KYC, form. White also elaborated that her company would immediately convert all crypto donations into USD to comply with the FEC requirements and to remove “any exposure to crypto volatility by the campaign.” White told CryptoX. “We also track the IP address, so that any irregularities may be noted (such as a donor with a US address but logging in from say Russia).”

Thus, current regulations seem to allow accepting crypto donations at the federal level, which could even seem surprising for a country that is often being criticized for the lack of regulations for cryptocurrencies.

However, the public demand for that option is not there yet, which prompts many candidates to not deal with an additional reporting routine for the FEC, which come in hand with cryptocurrency donations. As Daniel Weiner, a senior counsel at the Brennan Center for Justice, who previously worked as a counsel for the FEC, told the Fast Company magazine:

“Cryptocurrency, like every other wacky thing in our world today, is something of value. But it’s the same way no major presidential campaigns accept donations of live chickens. Because that’s not very practical for them.”

That seems to perfectly illustrate the position of the general public, who might know that cryptocurrencies could be worth a few hundred (or even thousand) dollars, but have yet to witness their practical implementation. 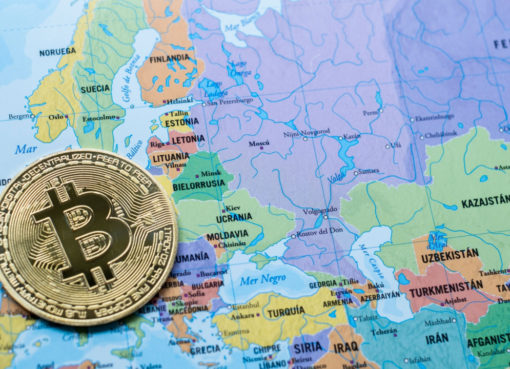 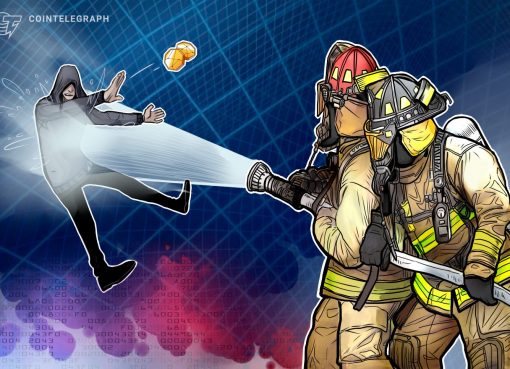 Ransomware Gang Failed to Deploy an Attack Against 30 US Firms 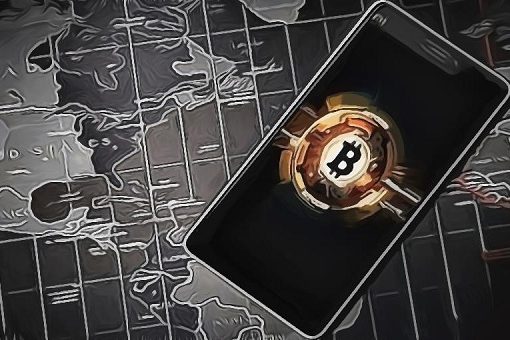