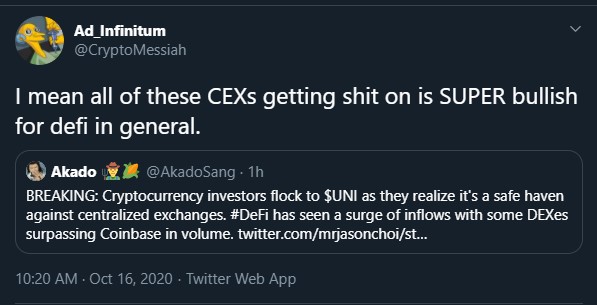 The crypto-verse has been hit hard by the news of OKEx halting all withdrawals after one of its private key holders is cooperating with Chinese authorities regarding an investigation. According to the official announcement by OKEx, the concerned individual cannot be reached.

One of our private key holders is currently cooperating with a public security bureau in investigations where required.

We have been out of touch with the concerned private key holder.  As such, the associated authorization [of withdrawals] could not be completed.

The OKEx Incident Could Push Crypto Users to DeFi

According to data from CryptoQuant.com, OKEx crypto outflows currently stand at zero. The team further provided a chart illustrating the situation at OKEx which can be found in the tweet below.

With crypto traders unable to withdraw their funds, the stage is set for DeFi protocols to indirectly or directly plead their case in the sense that they are governed by community members and that users retain ownership of their private keys.

BREAKING: Cryptocurrency investors flock to $UNI as they realize it’s a safe haven against centralized exchanges. #DeFi has seen a surge of inflows with some DEXes surpassing Coinbase in volume. https://t.co/fwkedgL43V

Only a few days ago, KuCoin was hacked and over $280 Million in crypto stolen. However, a majority of this amount was recovered through the collaboration with other crypto exchanges and crypto projects that managed to freeze the stolen funds on the blockchain. The KuCoin hack, coupled with the current situation at OKEx, led @CryptoMessiah to conclude that all these events are bullish for DeFi. His comments can be found in the following screenshot. 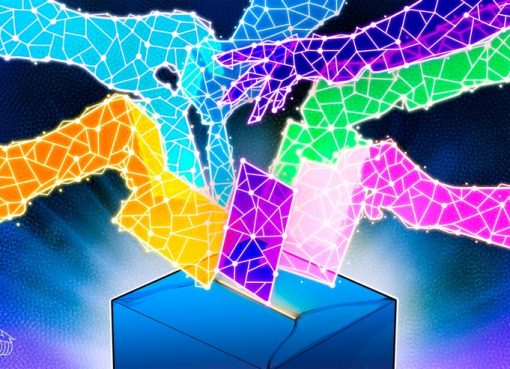 MakerDAO Vote to Raise DAI Stablecoin Stability Fee by 4% to 7.5% per Year 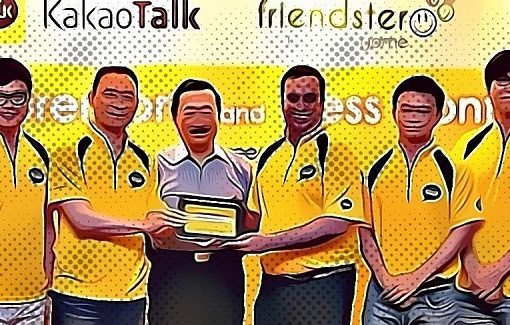 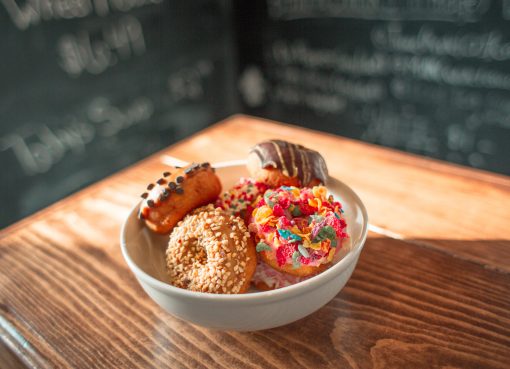